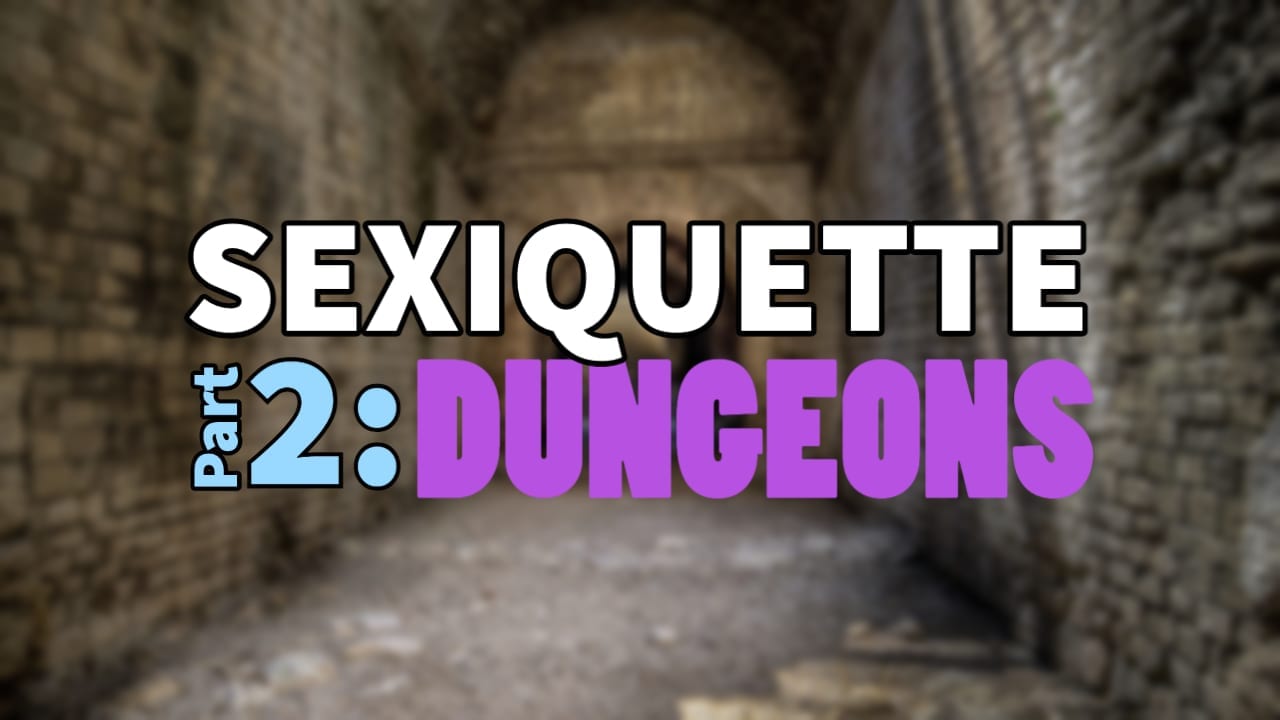 Welcome to Part 2 of Sexiquette. Where the irreverent Reverend Blink attempts to give you some Sexiquette on the how to’s of visiting a sex club, in this particular instance, a Dungeon!

Make sure to read up on my Sexiquette series:

I’ve been to Dungeons and Swinger clubs and enjoyed both. They each have their own Sexiquette, rules, and expectations of members and patrons. So besides reading up on what is expected at the location you are going to, this is supposed to be a general guideline and helpful tool for you.

If you are visiting a dungeon then it’s quite likely that you’ve been vetted already. This means you’ve been given the rules and regulations for how to act. What things you can bring, what you can and can’t wear, and acceptable activities and dynamics. You’ve passed some kind of background check, good for you. And now it’s time to don your gear, grab your toy bag and head to the darker place in your city of choice.

So now that we have covered the basics for most clubs, in our Part 1 of this series, let’s cover some Dungeon Sexiquette basics.

Everyone at the Dungeon is there to use the equipment. They’ve been planning their scene. Texting back and forth, pumping themselves and their submissive/Dom up with ideas and flirtations and pics and more, for the last week or longer. This night is a culmination of LOTS of hungry thoughts and desires FINALLY come true.

But just like at the arcade, if someone else is playing the video game? You have to put your quarter on the machine and wait your damn turn.

Did I just date myself? Maybe. It’s not like anyone else will.

The point is, it’s time to wait.

If the scene playing out before you isn’t your style and you’re bored? Maybe it’s too soft, or hard, for your taste? That’s ok. Your scene will be the same for someone else. Bring a book, sketchbook, draw and read or meditate. Whatever you need to do. Just take a deep breath and wait. your. turn.

Make sure you are aware of who else might already be waiting too. Not everyone is OBVIOUSLY waiting in the right place, if you see a couple, or group, sitting off to the side when you enter an occupied area? Maybe ask if they are waiting to use the area after it’s done.

Just be polite and respectful and make sure to wait your turn.

When you are done, most likely the Dungeon will have someone that will clean the areas anyway. But whether thats true, or not, clean your space. I would recommend cleaning it before use as well. You never know how well the last scene was cleaned before you got there. The last thing you want is to catch “something” regardless of what that “something” may, or may not, be. Covid isn’t the only scary thing passing around in this wonderful world of ours, and it’s not the only thing you can catch from an improperly cleaned Dungeon equipment item.

Just keep things clean, especially after yourself, but probably don’t trust the last person to clean the equipment you are about to use and clean before you use as well. It’s just smarter. It’s polite to clean after your use as well.

Most Dungeons will have rules about how far you need to stand when watching others scene. But do everyone a favor and stand a little father. If you’ve never scened in a public space, or around strangers, trust me when I say it can get disconcerting to have a stranger intrude on your scene. It can pull a Dom or a submissive straight out of their D/s-space quickly and destroy their scene faster than you can say their safeword.

So don’t do it. It’s not only rude, it can get you kicked out or banned from that Dungeon. Even if you technically obeyed the rules for the Dungeon. You never know WHO you are disrupting, it could be the best friend, lover, or favorite submissive of the Dungeon owner that you are causing grief for at that very moment.

In a Dungeon there is going to be a caste system, class system, a hierarchical system of power that is unique from most places you will visit. The odd thing is it can evaporate and re-form at will depending on location and timing. See everyone there will (most likely) be involved in a power-exchange relationship of some kind or another. They are either a Dominant or Submissive in some way or another.

When they are scening, or preparing to scene, or post scening… they will most likely be in that mindset. Very much in Dom or Submissive headspaces. So a Dom is going to expect to be talked to respectfully, or least politely. A submissive will expect to be treated the same, or to be ignored at the least.

And then there’s the social areas where suddenly the power-exchange can suddenly disappear. And that Dom that demanded their sub defer to them in all ways even to the point of avoiding eye contact is suddenly laughing and joking with them, even hugging and kissing maybe.

So to be on the safe side, just ignore acting submissive unless spoken to, and be polite to Dominants. You aren’t in a power exchange relationship with them, so you don’t have to submit, but just avoid any hassles and treat them like you want to be treated. Hopefully, they’ll treat you the same.

Trust me, it’s fairly fantastic. The mind can get lost in a dungeon. The ideas, the beauty, the leather… *drool*

But do not stare. It’s rude.

Which brings us to the last sexiquette for Dungeons, it’s close to keeping an open mind...

The important thing to remember is, if you don’t like what someone else is doing?

Then don’t do that thing.

But certainly don’t give them grief about doing it.

As long as things are Safe, Sane and Consensual? Leave others alone.

Time To Pack Up The Toy Bag

So, your visit to the Dungeon should be just fine. Yeah, you’ll make a faux paus. Maybe not today, maybe not next time, but it’ll happen. Don’t worry about it. Just try not to be malicious and it’ll work out fine.

Read the rules, keep your record clean, and practice consent.

Make sure you don’t forget anything at the Dungeon when you leave, clean up after yourself and your partner(s), be polite and patient and you’ll have a good chance of enjoying yourself to the fullest.

Just make sure you pack your toy bag up after you are done. There’s nothing more terrifying than realizing you left your $75 flogger and $100 cane set because you weren’t paying attention, because most Dungeons don’t necessarily stay open 24/7 and you might have to wait awhile before you can get those back.

p.s. Before you leave, I would love to know if you've visited a sex club before? Fill out the form and let me know a little about the visit?