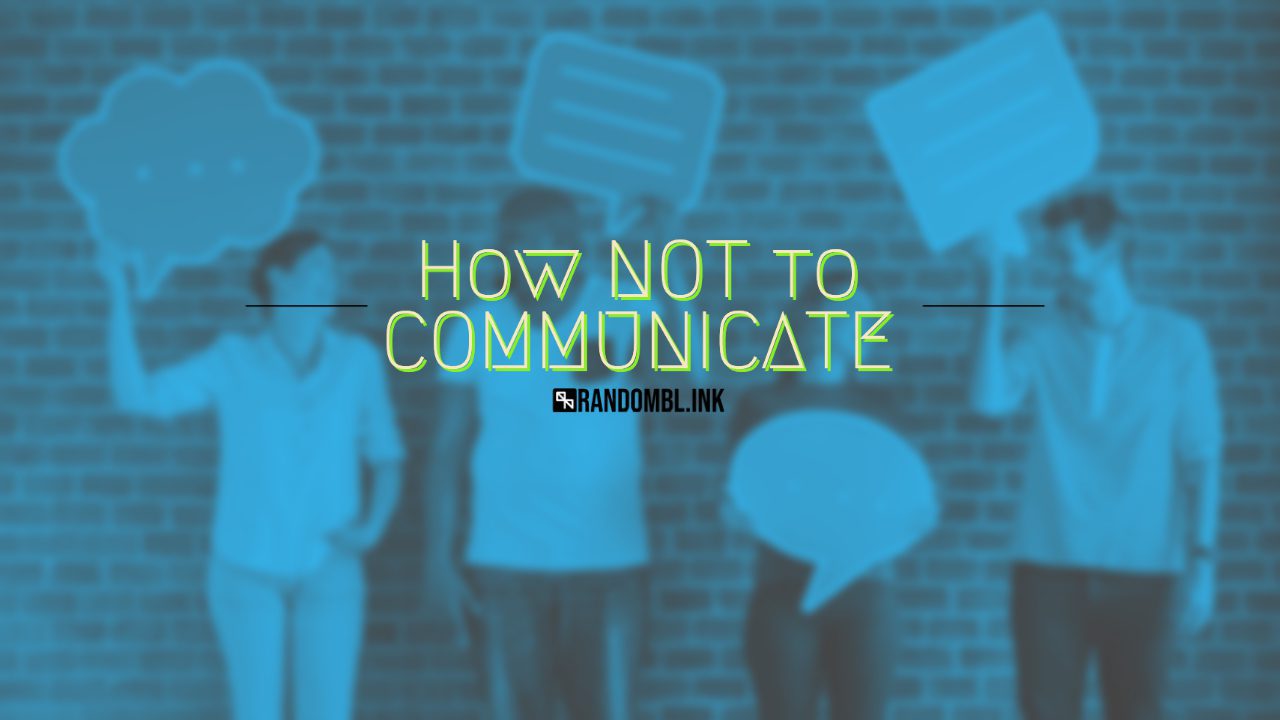 Written by randomblink on February 3, 2022

Have you ever watched a dumpster fire unravel in front of you, and since the communicators were not involving you, there wasn’t really a place for your voice to interject sanity?

I was a part of that one Saturday.

At the club there are multiple groups that mingle, you have poly and swingers and players and more that come to enjoy the space. Sometimes, not usually, but sometimes entitlement to the space settles in. Sadly I watched it happen on Saturday night.

See, the problem isn’t who is right, or who is wrong, in a discussion. There will ALWAYS be a right or wrong side. It’s HOW the right side handles their right-ness. Are they going to use their platform to educate? Is their goal to flame the offending party or to educate? Do they want to be right? Or do they want to make the space better, to improve it?

It’s not anyone's responsibility TO educate. Don’t get me wrong. If you are right, especially if you have been wronged? You have every right to unleash the hounds of hell. My point is merely to identify that if every discussion is merely a chance for the right side of history to flame the wrong, then we never have a chance for the wrong to sit back and go, “Oh… let me chew on that and maybe grasp and acknowledge that I might have been wrong and come back and correct.”

When you step into a debate, discussion, argument, etc. with both fists swinging, then all you get is black eyes and hurt feelings. Nobody wants to apologize to someone who has bruised them. ESPECIALLY if they did wrong with good intentions. Now if they’re wrong and what they did was horrendous? Fuck them. But if their wrong was a breach of etiquette and someone was miffed or annoyed, why wouldn’t you use that opportunity to educate instead of nuke them? Once you have nuked them, you have shown them that any wrong done in your presence, no matter how small, will be treated as a grievous offense. So they aren’t going to try with you anymore because you are now, “too much work.”

You are a nuclear minefield.

But if you can present a learning environment, willing to educate someone on etiquette instead of crucifying them? Then you offer them a safe space where they can learn and grow safely and they will enjoy their time around you.

Saturday was a battlefield, and I am confident when I say that it damn well didn’t need to be. Not based on ALL of the information at my disposal.

So let’s break down the difference between a swinger and a player, or more accurately a “playa!”

A person who in engages in group sex or the swapping of sexual partners.

A confident, successful man/woman with many sexual partners.

Player one is Captain Confidence. He is NOT a swinger. He hasn’t presented any information that would leave anyone to think that he is familiar with the lifestyle other than what is told in highschool about key parties and dirty stories. He is a true playa tho, complete with swagger that is undeniable.

Player two is Sexy Susan. She’s been in an Ethically Non-Monogamous lifestyle for more than a few years. She understands a lot of the etiquettes, rules, knows about poly, grasps some kinks, etc. She’s familiar and confident without being cocky.

P1 had arrived a few months earlier and had an interaction with P2 before. Apparently he had touched her feet without her consent. Now keep in mind, it was a group situation where people were freely touching each other, and as a newb to the environment without a sexiquette class it can be easy to assume that touching is just part of the situation. As P2 didn’t correct him then, she merely counted it as points against him, the stage became set against him for this night. It didn’t help that his swagger was completely undesirable to her as well.

So the discussion of masculinity eventually surfaced as P2 egged P1’s swagger through some verbal sparring. P1 obviously has strong opinions on trans issues, his masculinity being strongly tied to his sexuality and his ego he feels very confidently about a woman’s ability to even process masculine concepts. P2 being a queer ally, and strong in her knowledge jumped in with both arms swinging and a wealth of knowledge, and she laid down some really good points. It was a decent discussion and I was hoping, ignorantly, that we might see education come from this.

Instead it appears that P2 just wanted to score points, not see P1 grow from this.

They went back and forth over the night with P1 asserting his stance that masculinity, in its purest form, was simply unavailable to someone born with a vagina. P2 took personal offense at this and chose to personally attack P1 telling him she did not like him as a person. The argument devolved to a back and forth cat fight of snippy comments and nothing productive came from it.

Yet P2 acted like they had won. Like there was a moral high ground that had been accomplished. Like simply refusing ground in the trans struggle was all that was needed to make the world a better place. Meanwhile, P1 is still around and kicking, not impacted at all by the argument other than to feel way more confident in his stance because he wasn’t rebutted. He was attacked by a mean lady who just didn’t like HIM. It wasn’t his message or his stance, it was him.

And I had to watch this whole thing go down and the pats on the back afterwards for the Trans Champion, who didn’t actually champion anything. She just didn’t back down and stayed strong in her position.

The lack of understanding of how to educate, how to reason, how to present an argument and walk through the discussion intelligently so as to highlight and arrange points of importance. How to argue correctly so as to avoid personal attacks and instead attack the topics being discussed. These are all things that were just missing. It was a fist fight with words. Like watching children verbally spar where no one wins and everyone thinks they did.

If you want to argue like this, please don’t do it in a social environment where your verbal vomit spews everywhere. It’s messy, accomplishes nothing, and looks silly. Especially amongst adults.

Ah well… life moves on. Maybe next time I’ll interject and see if some sanity can be added. It’s just frustrating to see my favorite space turned into a brawl zone for verbal sparring.

By randomblink on January 13, 2022
Random thoughts about the toughest two years of my life so far and realizations that it has brought me. I survived them but I'm still processing them and might be for awhile and that's ok.
Read more

When is a son, not a son

By randomblink on September 4, 2021
Living through a loss like I did changed who I am, I was, and who I would become. I often wonder how different I would be if I hadn't been betrayed like I was. But we will never know.
Read more
1 2 3 … 10 Next »
%d bloggers like this:
We use cookies to ensure that we give you the best experience on our website. If you continue to use this site we will assume that you are happy with it.I love cookies