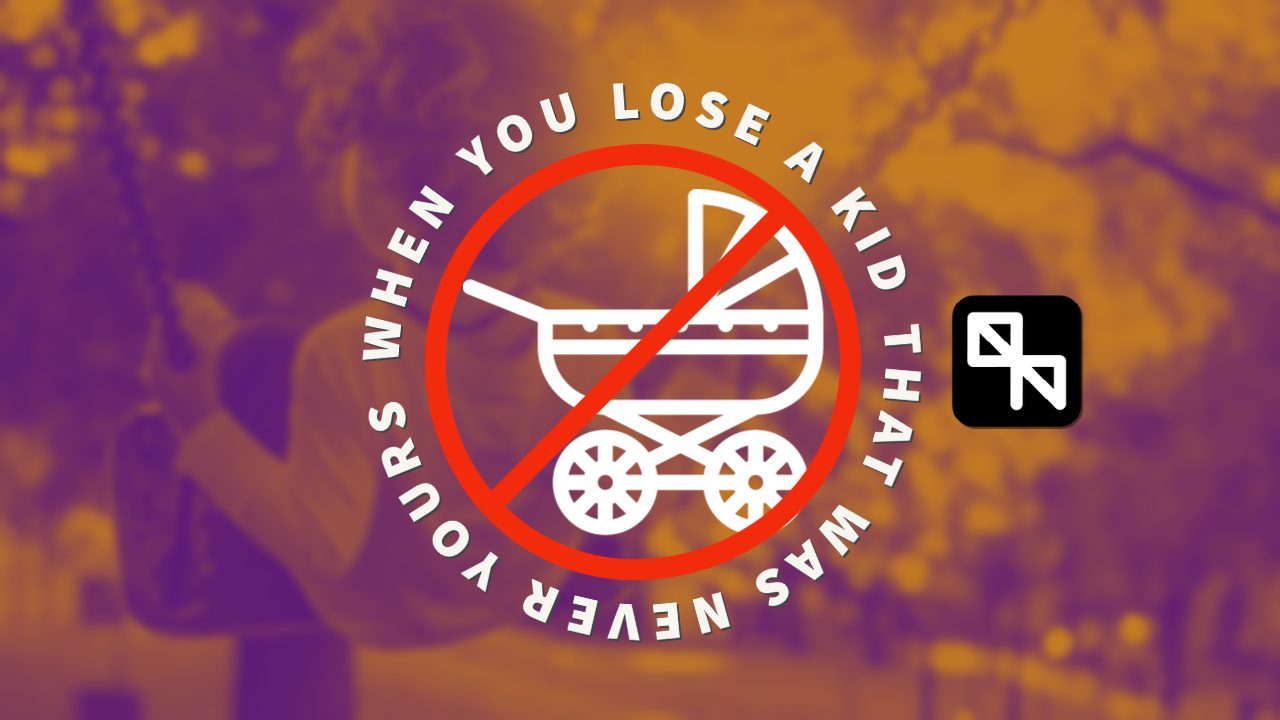 Written by randomblink on September 4, 2021

When is a son, not a son

I’ve shared this story so few times, but each time is indelibly inked in my psyche because the story is raw… each… time… I tell it…

She was my first wife.

I met her at Fort Sill, which… had my recruiter or ANY of my fellow Marine’s done their job I would have been scared off of locals enough to never have thought to fall in love with her. But I did.

A Marine stationed on an Army base made me unique enough. But out of the Marines stationed there I think I stood out a little further. I had a library card. I never once entered a strip club nor a bar.

I visited the roller rink.

I had mastered the art of rollerblading in California. I had gone so far as to teach classes, ran a Roller Hockey league, and played in an adult team… The Killer Dolphins.

Yeah, I didn’t fit in with the other Marines.

They would get a hotel room to share, get plastered, bring girls back to their rooms, and have massive parties.

I went skating and sat in my room and read and drew.

She was riding with her step-mother in the taxi. It was WAY before Uber existed. And she was there in the cab flirting with me as I drove from the rink to McDonalds. I might not have lived the lifestyle I do now, but I was confident and her number was mine before I was dropped off.

I was entranced by something about her…

Now I’ve come to understand there’s a part of me that notices damaged people. Back then I mistook it for an attraction.

A few years later we were married… and little Scotty was born.

My dad was a mess. I mean this on ALL levels you can mean such a statement. He still is. He raised me to follow one standard of living, one way of treating people, only to show that he doesn’t actually follow that in any imaginable standard of living. He raised me to follow a religion that has 42,000+ different ways of following it. Seriously. Over 42,000 ways. But only his way is the right one.

I have enough damage from that mess I could write whole books on that relationship.

Suffice it to say, when I discovered I was a father… something in me swiveled and changed. Parts of who I was changed, forever. I made decisions about who I was and who I would become based on this new being that I was becoming. I was not going to do things the way I had had them modeled for me. I had goals.

But the marriage I was in was a wreck. She was a wreck. I caught her cheating, almost made some life altering decisions for everyone involved. More permanent changes were put in place in my innermost sanctum sanctorum of who I was that are still there to this day because of how she betrayed our marriage.

A divorce forever altered how marriage would be perceived by me, and then I discovered drug use on top of things. Fearing for the safety of my child I started proceedings to get full custody of my son.

Little did I know that she had that one all wrapped up in a neat little package with a bow.

We were talking and I told her that she had made it clear our son wasn’t safe, I needed to get custody for his safety and I wasn’t doing it to hurt her. She laughed.

I still remember this moment.

I had one of those telephones with the long telephone cords and it was wrapped around my arms as I spoke, I was nervous and had been twining it around and around hoping she would snap out of whatever she was going through.

I asked her what was so funny, why didn’t she care about sharing custody of our child?

She said they wouldn’t give me custody.

I asked her why she was so certain.

She said because he most likely wasn’t even yours.

My stomach did things I didn’t know stomachs could do.

I didn’t throw up, but I did something similar.

Within a months time a genetic test using my traitorous blood declared me unfit in the eyes of the government to care for a child literally named after me. I did get divorced from her tho, and was free from her manipulations until 25 years later when she called me up out of the blue after finding me on Facebook wanting to hook up. That’s right… she thought things were peachy between us. I spent an hour unraveling her self delusion and explaining to her how things happened. Clueless has a goddess and it is her.

I remember it every year.

It hurts every year.

I’m hoping that by sharing this… I can erase some of that pain. I can purge that sensation.

I still remember being there at his birth. I remember holding him when he cried, changing his diapers, feeding him. I remember sitting on the porch at his aunts boyfriends house and whispering stories to him, telling him how much I loved him, what his life would be like.

I promised him everything.

It was all a lie.

Every word was stripped from me.

Fatherhood was stolen from me by betrayal of the darkest kind.

Trust was damaged on a scale that has never quite healed in my heart, for anyone.

I turned 50 this year and I just kinda figured I wouldn’t hurt about that kid anymore. That the pain of losing my not-son would stop. It wouldn’t flounder in my heart and make me want to cry and mourn the loss of a child that was never even mine. That I could just let him go.

But so far, it sure hasn’t.

Here’s to hoping the pain can finally stop.

May all your children be YOUR CHILDREN and you never lose them no matter what. He might not have been my blood child, but he will always be my son, even if my blood says otherwise.