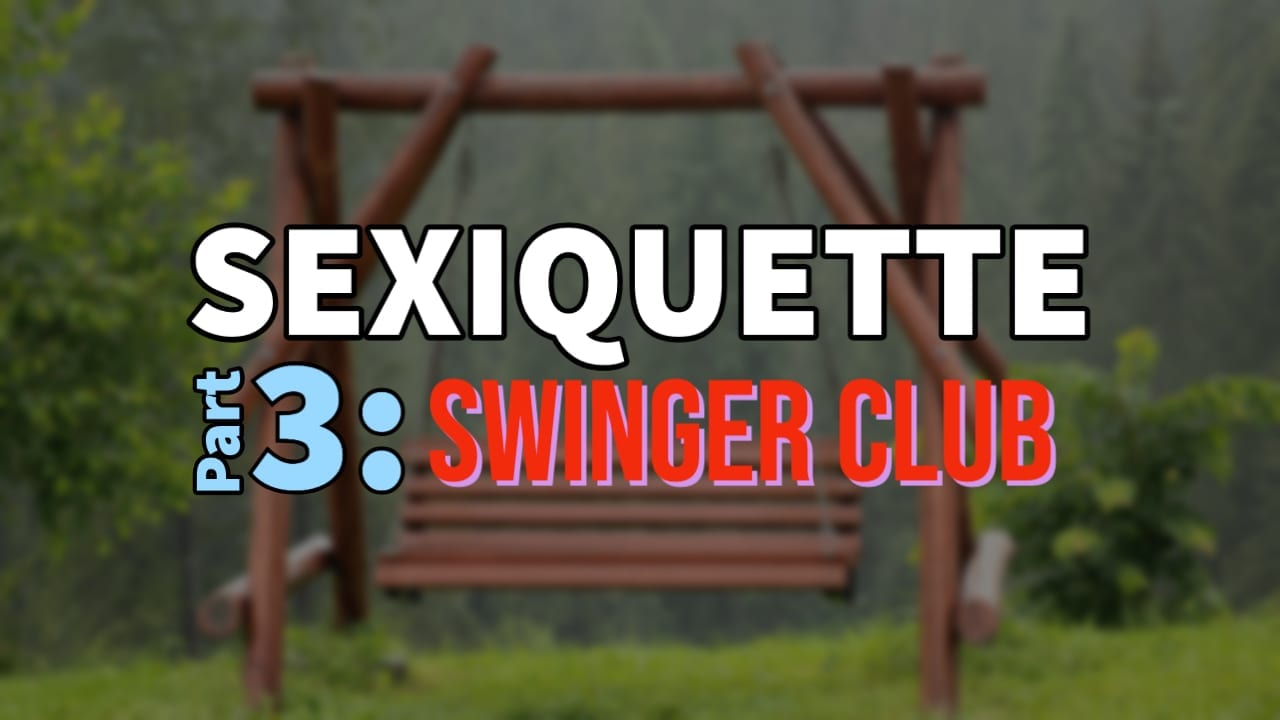 Welcome to Part 3 of Sexiquette. Where the irreverent Reverend Blink attempts to give you some Sexiquette on the how to’s of visiting a sex club, in this particular instance, a Dungeon!

Make sure to read up on my Sexiquette series:

I’ve been to Dungeons and Swinger clubs and enjoyed both. They each have their own Sexiquette, rules, and expectations of members and patrons. So besides reading up on what is expected at the location you are going to, this is my opinions and experiences on the general guidelines and helpful tools for you.

The Swinger clubs I’ve visited have been fun places. In general, everyone was there to socialize. They might not have been there to hook up, despite the nature of the club, but they WERE there to hang out, meet up, and have fun. Think of a regular club with your tits out.

The atmosphere was relaxed but spicy. It all depended on the general mood, or theme, of the party and how the week was for the most part, for those who were attending. I’ve seen fairly relaxed parties where most people were just like “Ahhhhhhhh… I’m not at fucking work…” and parties where everyone was like “I’m here to fuck until I die!”

The Sexiquette at a swinger club is a little less involved. I believe it’s in part due to the nature of swinging. There’s no real rules in place, outside of whatever the individual couple has established between themselves,

Bring your own protection

We’re all adults here and sexual health is either important to you or it isn’t. But when it comes to swingers the attitudes I’ve seen have been wildly mixed. Some couples only do X while some never do X as it pertains to protection, so I would never hope to assume a sexual health protocol for anyone. You have to decide what works for you and your health and what doesn’t. Figure it out, decide how far you will bend or waver, and don’t go past that. Also figure out how often you are getting tested. Some couples require current testing results before they play. SOME couples require getting to know you over a few weeks, or months, before ever getting naked with you, so don’t assume anything.

Some couples have specific protocols for how they communicate. They consider someone from the other sex talking with their SO to be not ok. They want all communications to go through them. Some wingman for their SO and will approach you if they think you are a good fit, appearance-wise, for their partner. Some only play as a couple and some only play separately and some have some random assortments of interests in between. So be ready to move slow, talk lots, and just relax.

Whether you bring someone with you, or meet someone there. Don't try to "convince" them that they should do, or try, or experiment, with something or someone that they continue to push back against. It's creepy.

Have the conversation. Talk. Communicate. But don't push. If someone says no, don't push. It makes you look REALLY bad to those around you. No one wants to play with the person that can't take a no, especially at a sex club.

So whether it's your spouse or someone you just met... if they say no? Either be ready to let it go or know how to communicate correctly, for all of us within listening distance.

A swinger club can be a lot of fun, outside of the sex and trust me, the sex I've seen can be outrageous and amazing. The people there are literally primed for a good time in ways that muggles just aren’t. So come to have a good time, don't expect to get lucky, and you'll most likely walk away smiling.

I've had great times at sex clubs and I've had bad times. If I had to say what made them both?

The bad times were when I had expectations. If I thought something "should" happen, then it didn't matter what DID happen, I would end up unhappy. There's always a problem with expectations in my opinion, especially when they are there without someone promising them to you.

The good times were when I just went with the flow, especially when I also went with fun people. It didn't matter if we played or just hung out. Swinger clubs are a blast!

So I hope this helps. I hear a lot of people ask what it's like and what to expect. Each club is, of course, different but I think I covered the basics that should fit all clubs in these articles. If you have comments or questions, don't hesitate to leave me a note in the comments below!

Either way, support your local club! Have fun, safe and consensual.

Peace, Love and Swing away...

p.s. Before you leave, I would love to know if you've visited a sex club before? Fill out the form and let me know a little about the visit?