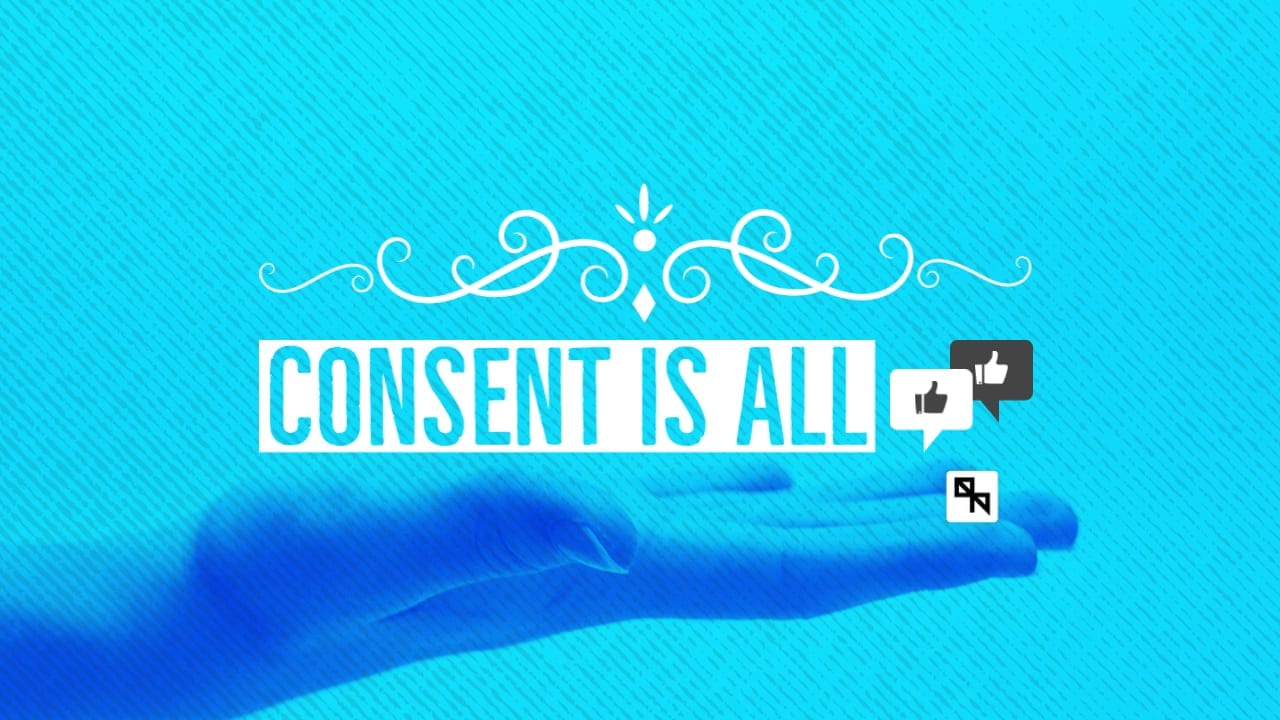 I served jury duty recently. Ended up being brought up in the selection group for two separate trials that involved rape. I wasn't selected to serve on the trial and I thought I would share why I believe I wasn't.

The defense lawyers in both trials ended up asking me, personally, as they went around the room with their questions meant to weed out jurors, something along the line of... "If you were a beautiful woman, and I placed my hand on your leg at a club would you feel that your consent was violated?"

To which I replied yes.

Now both lawyers felt the need to ask me whether I would be shocked to know that Oklahoma state law doesn't list that as sexual assault. I knew that. I understand that if I walked up to a woman and entered her space in a public place, and put my hand on her legs, arms, neck or even hair that I could walk away without very much concern for my future.

But I would still have violated her consent.

noun
permission for something to happen or agreement to do something.

verb
give permission for something to happen.

Sometimes this is something as simple as... "Wanna fuck?" followed by a nod of the head while other times it can involve complicated legal documents, religious ceremonies, an exchange of rings and ritualistic vows of fidelity and forgoing any further sexual activities with any other human again.

Animals have hormonal drives, imperatives that create states of mind that humans have (mostly) evolved away from. Certain animals enter heat cycles where their bodies literally send them into a mating frenzy, of sorts, and they seek out partners to mate with. Insects and birds also have mating rituals that range from nest building to eating their mating partners heads. Nature isn't boring.

But humans have this distinct advantage that allows us to enter a whole new dimension. We have language. We can identify needs vs wants, share ideas, present concepts, and generally do so much more than animals that we stand far above them in most regards. So in the arena of consent, we outpace them. Therefore, it's important that make sure we utilize our powers correctly by asking for consent from those we are interested in, and granting our consent to those who we would like to engage with.

The legal definition of consent differs from state to state. In general, consent is an active, verbal agreement to engage in sexual activity with someone. Sexual activity without your consent is rape or sexual assault. If you are underage, under the influence of alcohol or other drugs, or sleeping, you do not have the capacity to give consent. If someone pressures, tricks, or emotionally forces you to agree to sexual activity, this is considered sexual coercion.

In those trials, something that came up alot was the concept of 'Force and Fear' which was something I've known about for awhile but was fairly shocked that most of my fellow jurors were completely clueless about. The prosecution explained that, no... the victim didn't say out loud a yes or no, but consent was still not given. This confused way more people than I felt comfortable sitting next to.

Apparently the ideas that another human could make you afraid enough to just go along with something like forcefully sexually molesting you was something these people had never had to wrap their tiny minds around. Sure, the 'Force' part they got.

But being so afraid that you can't at least SAY no? That seemed to baffle them.

Force and fear (Scot.) that amount of constraint or compulsion which is enough to annul an engagement or obligation entered into under its influence

I know people who have been raped. As recent as 2021. Friends, lovers, partners, and even family.

Consent is everything to me. It's a core concept to how I operate. There might be things I do that others look at askance, I have kinks that are not socially accepted, and if you want to judge me it's your right but you can fuck right off... but... I stand behind the kink community's common phrase of 'Safe, Sane and Between Consensual Adults.'

But I can guarantee you that if I am ever accused of rape, it will be an outright lie.

I've had willing sexual partners that have gotten agitated because I checked with them multiple times over whether something was ok. Because I sensed that there was body language that suggested they weren't ok. I would rather check when it wasn't necessary than NOT check when it was.

I have so much more to say on this topic, but this makes for a great start.

Body language conversations are great, for established relationships... but... In. My. Personal. Opinion... Unless you want to take a chance on a rape trial as either a victim or a potential rapist? Take a few moments and have a simple conversation.

If you, or someone you love, or even someone you don't give a shit about, has been sexually abused? Contact the authorities. If someone is too afraid to go to the police make sure they contact the national sexual abuse hotline and talk with professionals who can help them find the assistance they will need.
https://www.rainn.org/resources