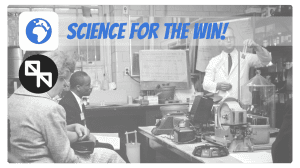 If you've ventured out onto social media lately, besides the shit show that politics is stirring up, you've probably seen (or become embroiled in one of) the gender arguments flying around. So many people are just so certain that the world revolves around this idea that there is only a penis and a vagina and that settles the boy/girl question.

Which is funny... because gender is a social construct. Our societies have grown up basing our concepts on binary ideas. Man and Woman.

God made Adam with a penis and Eve with a vagina! There is no other genders!

But the interesting thing is... science says otherwise... AND... it always has.

The six biological karyotype sexes that do not result in death to the fetus are:

Even today, we irrationally, and rather stupidly, think of someone as a “man” if they look masculine and as a “woman” if the look feminine.

What causes some confusion in the general public is the use of biological sex and gender as interchangeable terms.  They do not refer to the same thing.

This is why some fringe activists can seriously say, “You can be a woman with a penis”, while most of the world will look at them like they have lost their mind.  They are inherently using the term “woman” to refer to gender and not biological sex.  This difference in vocabulary is responsible for virtually all conflicts between groups on issues in this arena.  They do not realize they are using a phrase to refer to two separate things that are often, but not always, congruent.

It's all about the terms you use. The way you talk. And the intelligence and education you bring to the discussion.

The educated person realizes that there is no issue here. Science has identified, categorized, and summarized the various genders and how they present. The problem then is not usually with their understanding and acknowledgment of science, but with allowing their communication to get muddied with cultural norms and terms of phrase.

So remember... the next time you stumble into a discussion/argument where gender and biology are getting thrown around... try not to let yourself get caught up in the wrong argument.

We have a huge planet to share... if we can, let's do it peacefully.