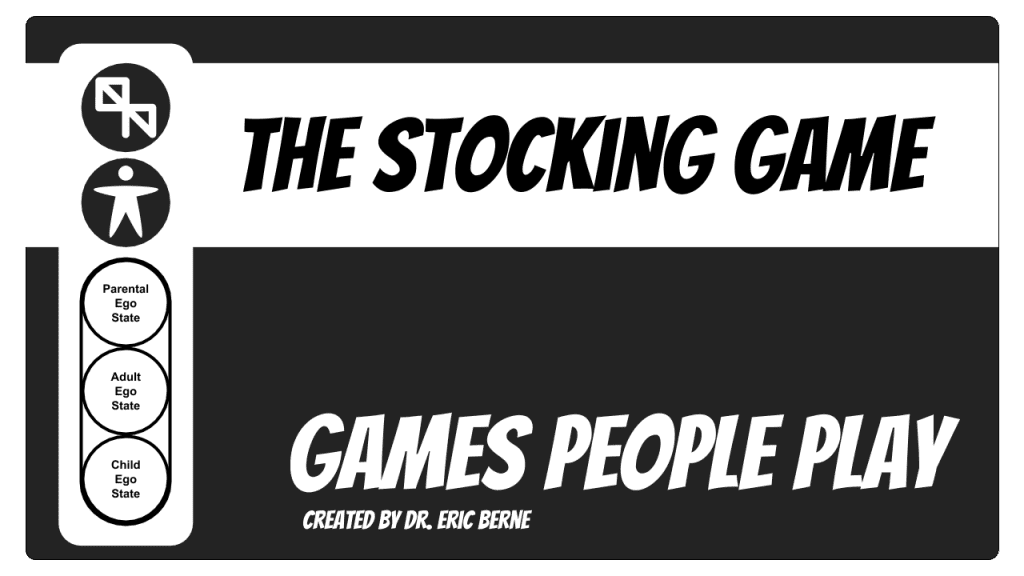 This is a game of the ‘Rapo’ family; in it the most obvious characteristic is the exhibitionism, which is hysterical in nature. A woman comes into a strange group and after a very short time raises her leg, exposing herself in a provocative way, and remarks, ‘Oh my, I have a run in my stocking.’ This is calculated to arouse the men sexually and to make the other women angry. Any confrontation of White is met, of course, with protestations of innocence or counter-accusations, hence the resemblance to classical ‘Rapo’. What is significant is White’s lack of adaptation. She seldom waits to find out what kind of people she is dealing with or how to time her manoeuvre. Hence it stands out as inappropriate and affects her relationships with her associates. In spite of some superficial ‘sophistication’, she fails to understand what happens to her in life because her judgement of human nature is too cynical. The aim is to prove that other people have lascivious minds, and her Adult is conned by her Child and her Parent (usually a lascivious mother) into ignoring both her own provocativeness and the good sense of many of the people she meets. Thus the game tends to be self-destructive.

This is probably a phallic variant of a game whose content depends on the underlying disturbance. An ‘oral’ variant may be exhibited by women with deeper pathology and well-developed breasts. Such women often sit with their hands behind their heads so as to thrust their breasts forward; they may draw additional attention to them by remarking about their size or some pathology such as an operation or a lump. Some types of squirming probably constitute an anal variant. The implication of this game is that the woman is sexually available. Thus it may be played in a more symbolic form by bereaved women who ‘exhibit’ their widowhood insincerely.

Along with the poor adaptation, these women show little tolerance for antithesis. If the game is ignored or countered by a sophisticated therapy group, for example, they may not return. Antithesis must be carefully distinguished in this game from reprisal, since the latter signifies that White has won. Women are more skilful at counter-moves in ‘Stocking Game’ than men, who indeed have little incentive to break up this game. Antithesis, therefore, is best left to the discretion of the other women present.