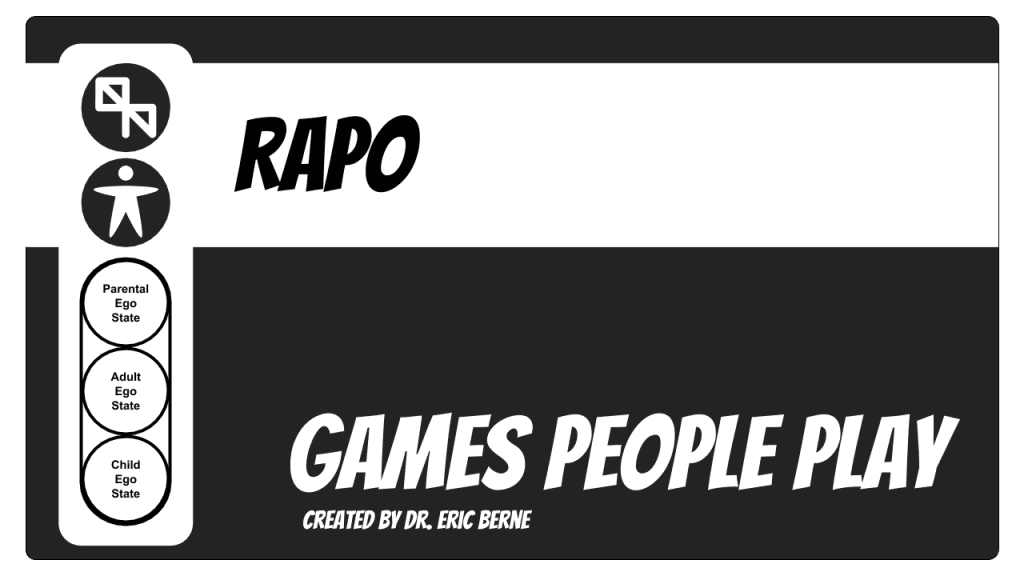 This is a game played between a man and a woman which might more politely be called, in the milder forms at least, ‘Kiss Off’ or ‘Indignation’. It may be played with varying degrees of intensity.

In some cases outsiders perform a different function. They force the game on an unwilling White because they want to play ‘Let’s You and Him Fight’. They put her in such a position that in order to save her face or her reputation she has to cry rape. This is particularly apt to happen with girls under the legal age of consent; they may be quite willing to continue a liaison, but because it is discovered or made an issue of, they feel constrained to turn the romance into a game of Third-Degree ‘Rapo’.

In one well-known situation, the wary Joseph refused to be inveigled into a game of ‘Rapo’, whereupon Potiphar’s wife made the classical switch into ‘Let’s You and Him Fight’, an excellent example of the way a hard player reacts to antithesis, and of the dangers that beset people who refuse to play games. These two games are combined in the well-known ‘Badger Game’, in which the woman seduces Black and then cries rape, at which point her husband takes charge and abuses Black for purposes of blackmail.

One of the most unfortunate and acute forms of Third-Degree ‘Rapo’ occurs relatively frequently between homosexual strangers, who in a matter of an hour or so may bring the game to a point of homicide. The cynical and criminal variations of this game contribute a large volume to sensational newspaper copy.

The childhood prototype of ‘Rapo’ is the same as that of ‘Frigid Woman’, in which the little girl induces the boy to humiliate himself or get dirty and then sneers at him, as classically described by Maugham in Of Human Bondage and, as already noted, by Dickens in Great Expectations. This is Second Degree. A harder form, approaching Third Degree, may be played in tough neighbourhoods.

The male versions of ‘Rapo’ are notoriously found in commercial situations: ‘Casting Couch’ (and then she didn’t get the part) and ‘Cuddle Up’ (and then she got fired).

The man’s ability to avoid becoming involved in this game or to keep it under control depends on his capacity to distinguish genuine expressions of feeling from moves in the game. If he is thus able to exert social control, he may obtain a great deal of pleasure from the mild flirtations of ‘Kiss Off’. On the other hand it is difficult to conceive of a safe antithesis for the Potiphar’s Wife manoeuvre, other than checking out before closing time with no forwarding address. In 1938 the writer met an ageing Joseph in Aleppo who had checked out of Constantinople thirty-two years previously, after one of the Sultan’s ladies had cornered him during a business visit to the Yildiz harem. He had to abandon his shop, but took time to pick up his hoard of gold francs, and had never returned.

Child (male): ‘See how irresistible I am.’

Adult (male): ‘I’m sorry if I went further than you intended me to.’

Adult (female): ‘You have violated me and must pay the full penalty.’