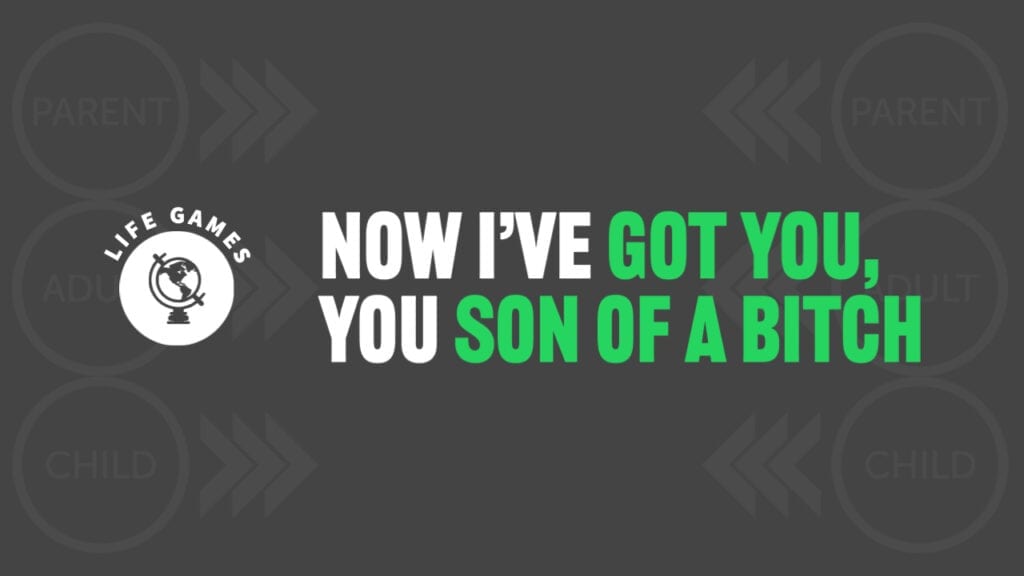 Now I've Got You, You Son Of A Bitch

This can be seen in classic form in poker games. White gets an unbeatable hand, such as four aces. At this point, if he is a NIGYSOB player, he is more interested in the fact that Black is completely at his mercy than he is in good poker or making money.

White needed some plumbing fixtures installed, and he reviewed the costs very carefully with the plumber before giving him a go-ahead. The price was set, and it was agreed that there would be no extras. When the plumber submitted his bill, he included a few dollars extra for an unexpected valve that had to be installed—about four dollars on a four-hundred-dollar job. White became infuriated, called the plumber on the phone and demanded an explanation. The plumber would not back down. White wrote him a long letter criticizing his integrity and ethics and refused to pay the bill until the extra charge was withdrawn. The plumber finally gave in.

It soon became obvious that both White and the plumber were playing games. In the course of their negotiations, they had recognized each other’s potentials. The plumber made his provocative move when he submitted his bill. Since White had the plumber’s word, the plumber was clearly in the wrong. White now felt justified in venting almost unlimited rage against him. Instead of merely negotiating in a dignified way that befitted the Adult standards he set for himself, perhaps with a little innocent annoyance, White took the opportunity to make extensive criticisms of the plumber’s whole way of living. On the surface their argument was Adult to Adult, a legitimate business dispute over a stated sum of money. At the psychological level it was Parent to Adult: White was exploiting his trivial but socially defensible objection (position) to vent the pent-up furies of many years on his cozening opponent, just as his mother might have done in a similar situation. He quickly recognized his underlying attitude (NIGYSOB) and realized how secretly delighted he had been at the plumber’s provocation. He then recalled that ever since early childhood he had looked for similar injustices, received them with delight and exploited them with the same vigour. In many of the cases he recounted, he had forgotten the actual provocation, but remembered in great detail the course of the ensuing battle. The plumber, apparently, was playing some variation of ‘Why Does This Always Happen to Me?’ (WAHM).

NIGYSOB is a two-handed game which must be distinguished from ‘Ain’t It Awful’ (AIA). In AIA the agent seeks injustices in order to complain about them to a third party, making a three-handed game: Aggressor, Victim, Confidant. AIA is played under the slogan ‘Misery Loves Company’. The confidant is usually someone who also plays AIA. WAHM is three-handed, too, but here the agent is trying to establish his pre-eminence in misfortune and resents competition from other unfortunates. NIGYSOB is commercialized in a three-handed professional form as the ‘badger game’. It may also be played as a two-handed marital game in more or less subtle forms.

The best antithesis is correct behaviour. The contractual structure of a relationship with a NIGYSOB player should be explicitly stated in detail at the first opportunity, and the rules strictly adhered to. In clinical practice, for example, the question of payment for missed appointments or cancellations must be settled clearly at once, and extra precautions must be taken to avoid mistakes in bookkeeping. If an unforeseen contretemps arises, the antithesis is to yield gracefully without dispute, until such time as the therapist is prepared to deal with the game. In everyday life, business dealings with NIGYSOB players are always calculated risks. The wife of such a person should be treated with polite correctness, and even the mildest flirtations, gallantries or slights should be avoided, especially if the husband himself seems to encourage them.

Now I’ve got you, you son of a bitch.

Adult-Adult
Adult: ‘See, you have done wrong.’
Adult: ‘Now that you draw it to my attention, I guess I have.’

Parent-Child
Parent: ‘I’ve been watching you, hoping you’d make a slip.’
Child: ‘You caught me this time.’
Parent: ‘Yes, and I’m going to let you feel the full force of my fury.’ 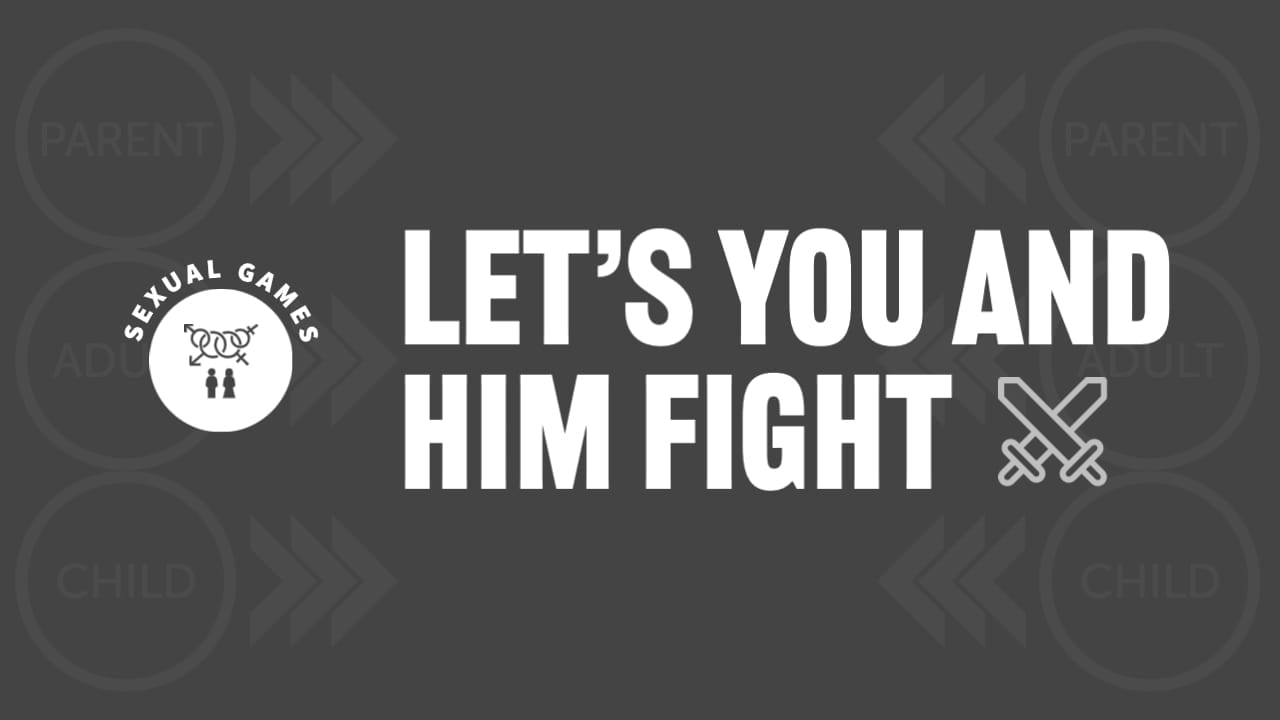 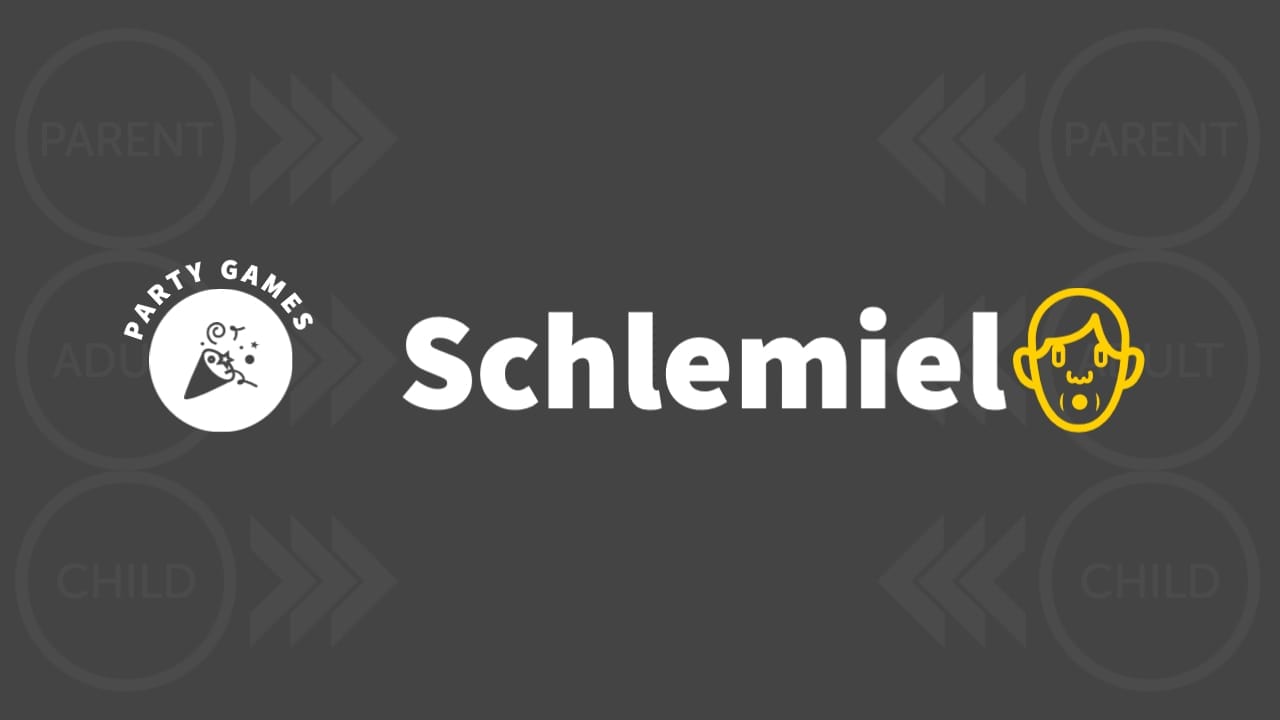 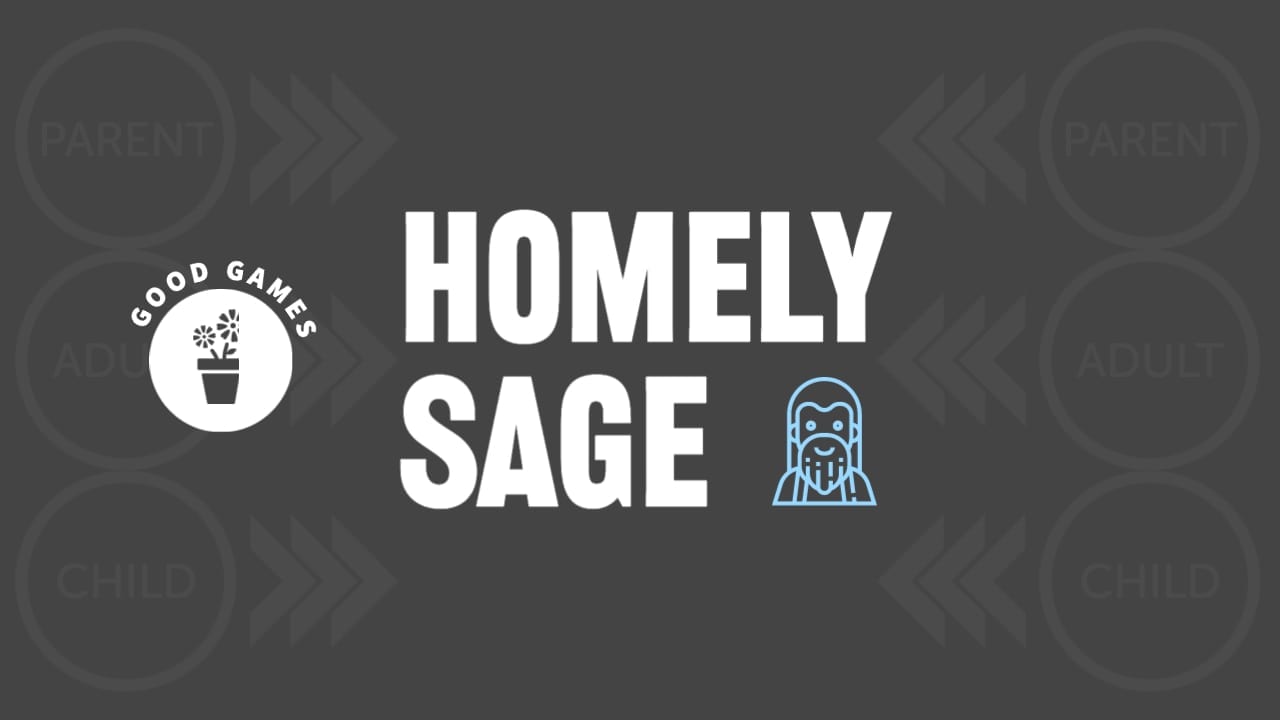 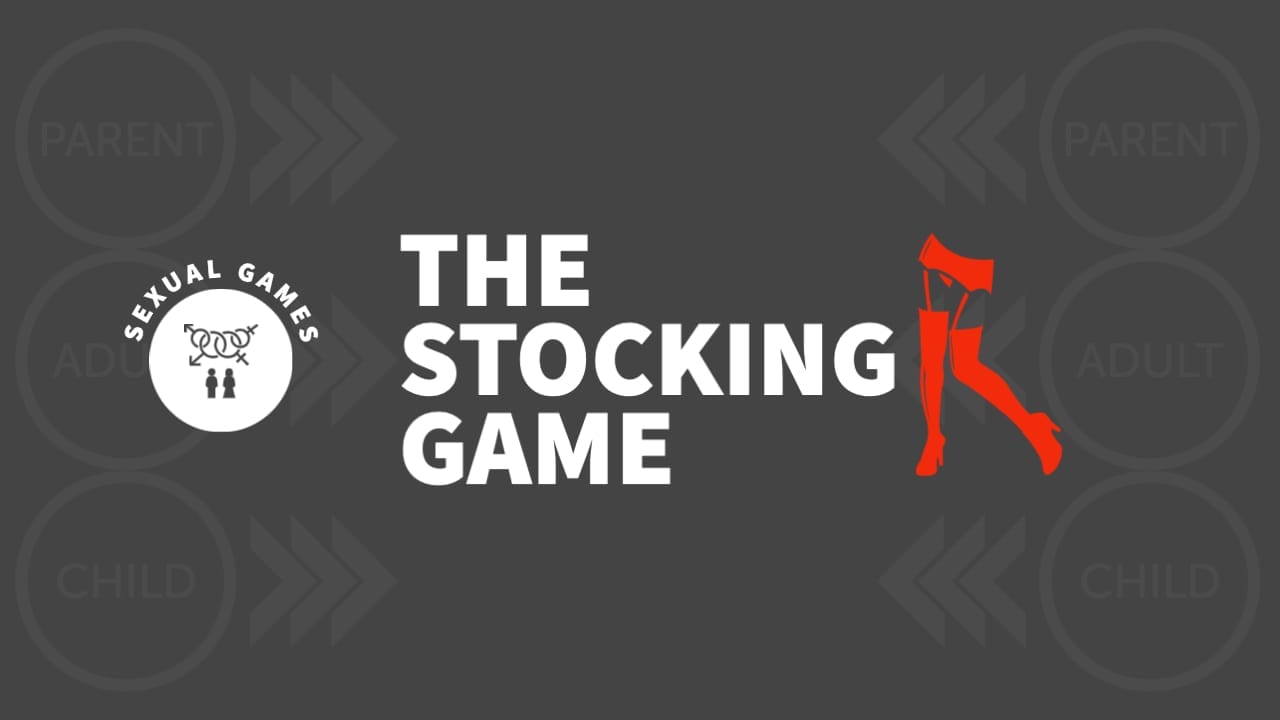