They'll Be Glad They Knew Me 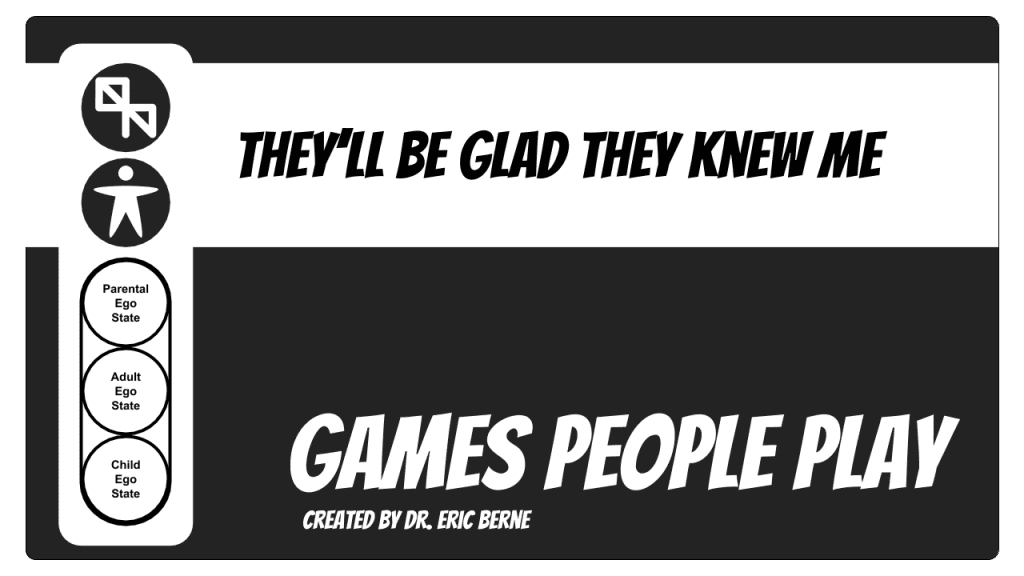 This is a more worthy variant of ‘I’ll Show Them’. There are two forms of ‘I’ll Show Them’. In the destructive form White ‘shows them’ by inflicting damage on them. Thus he may manoeuvre himself into a superior position, not for the prestige or the material rewards but because it gives him power to exercise his spite. In the constructive form White works hard and exerts every effort to gain prestige, not for the sake of craftsmanship or legitimate accomplishment (although those may play a secondary role), nor to inflict direct damage on his enemies, but so that they will be eaten with envy and with regret for not having treated him better.

In ‘They’ll Be Glad They Knew Me’, White is working not against but for the interests of his former associates. He wants to show them that they were justified in treating him with friendliness and respect and to demonstrate to them, for their own gratification, that their judgement was sound. In order for him to have a secure win in this game, his means as well as his ends must be honourable, and that is its superiority over ‘I’ll Show Them’. Both ‘I’ll Show Them’ and ‘They’ll Be Glad’ can be merely secondary advantages of success, rather than games. They become games when White is more interested in the effects on his enemies or friends than he is in the success itself.