The simplest forms of social activity are procedures and rituals. Some of these are universal and some local, but all of them have to be learned. 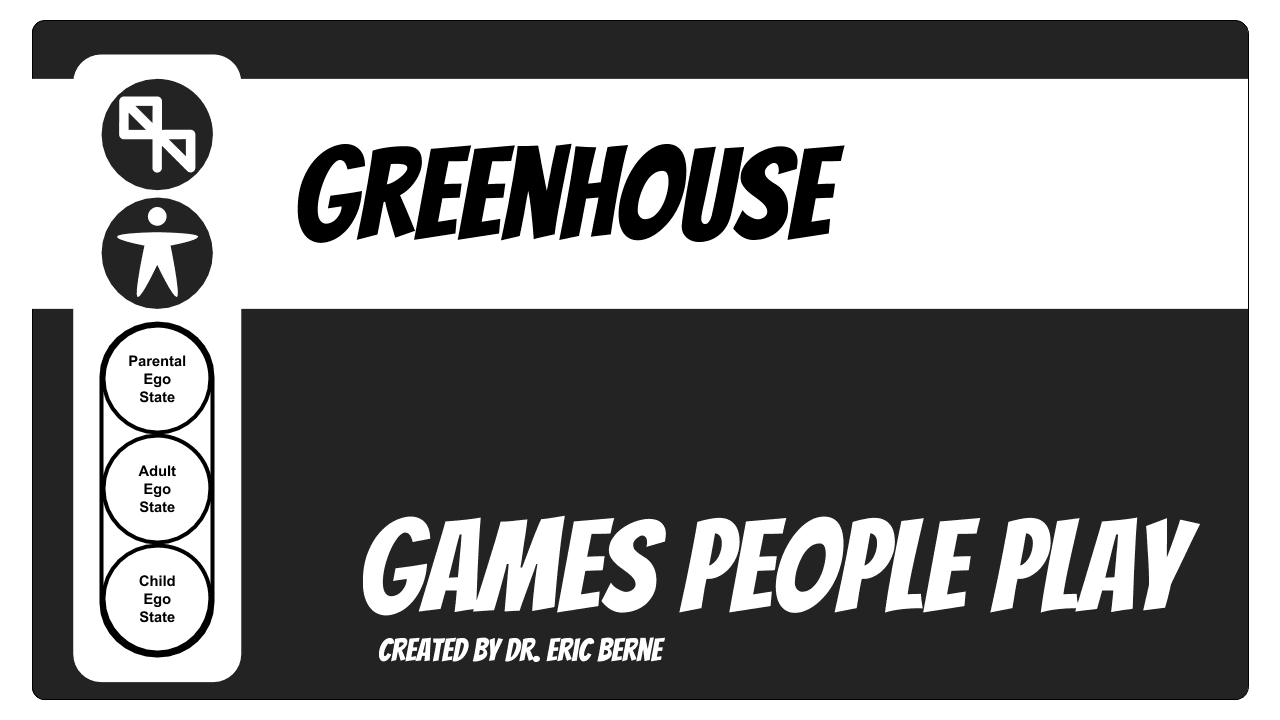 This is a variation of ‘Psychiatry’, which is played hardest by young social scientists, such as clinical psychologists. In the company of their colleagues these young people tend to play ‘Psychoanalysis’, often in a jocular way, using such expressions as ‘Your hostility is showing’ or ‘How mechanical can a defence mechanism get?’ This is usually a harmless and enjoyable pastime; it is a normal phase of their learning experience, and with a few originals in the group it can become quite amusing. 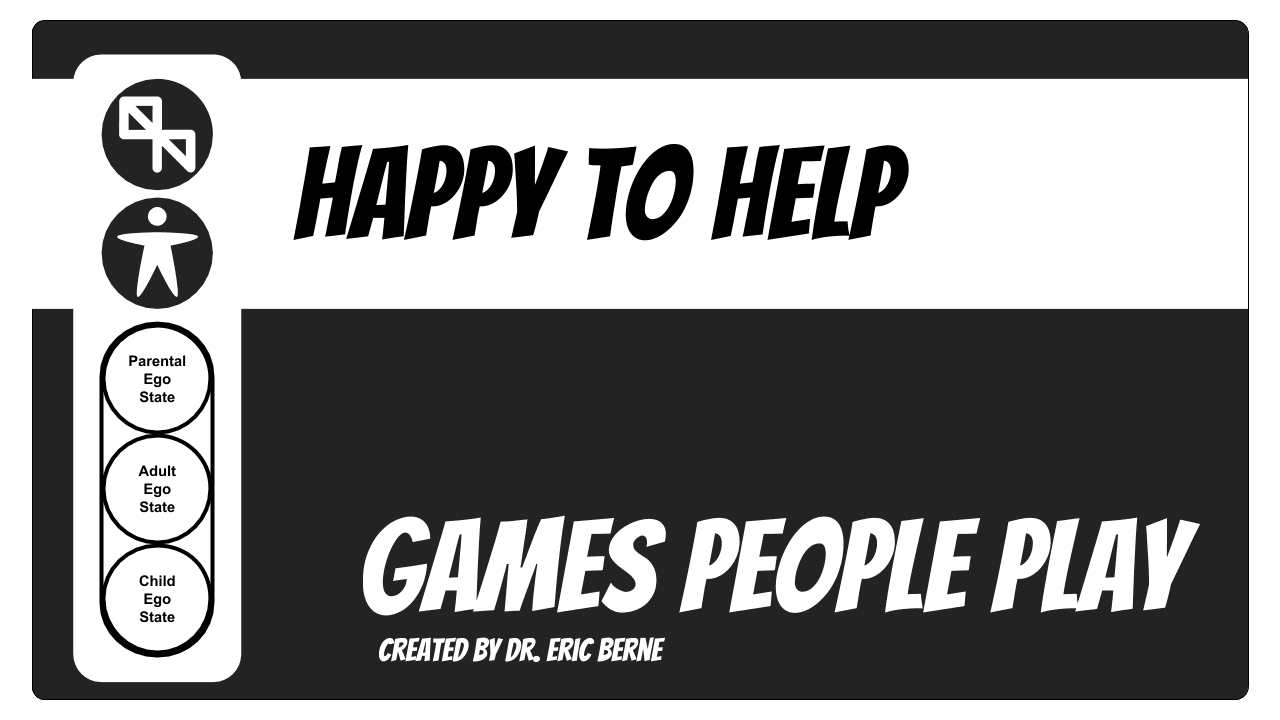 Happy to Help
randomblink
No Comments

This game, as an exploitative manoeuvre, is the basis for a large proportion of ‘public relations’ in America. But the customers are glad to become involved, and it is perhaps the most pleasant and constructive of the commercial games. In another connection, one of its most reprehensible forms is a three-handed family game in which the mother and father compete for the affection of their offspring. 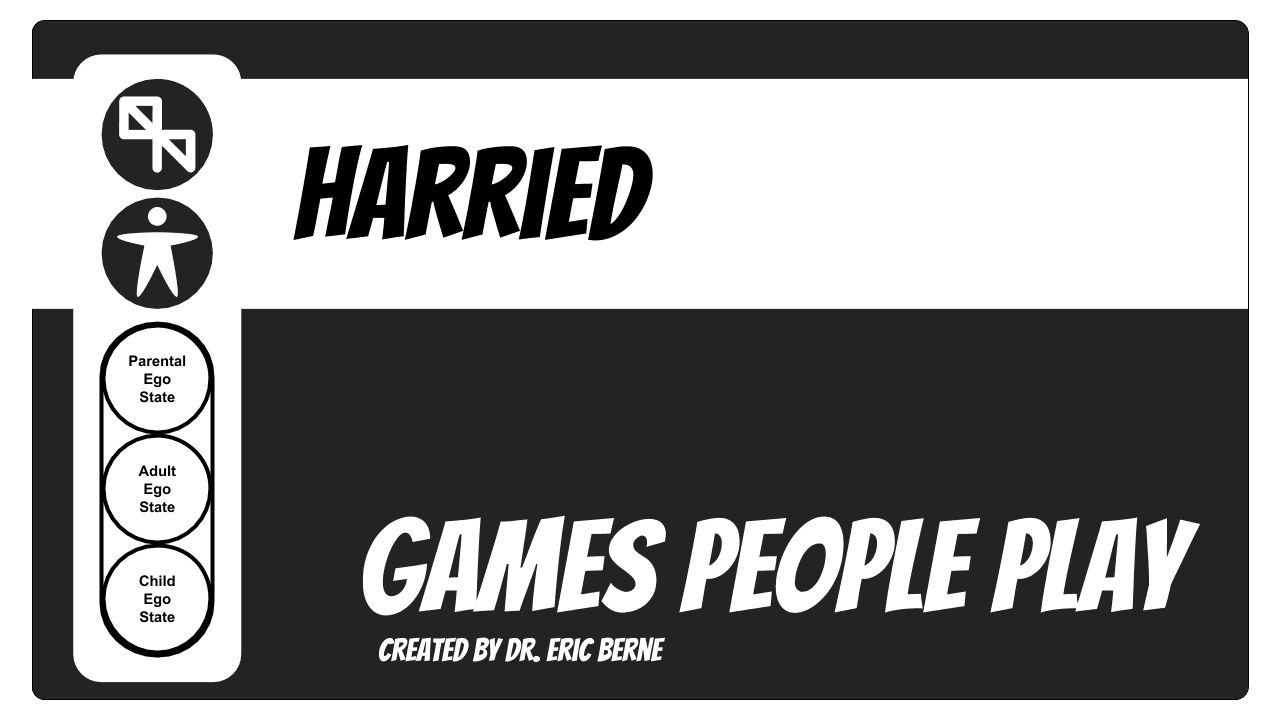 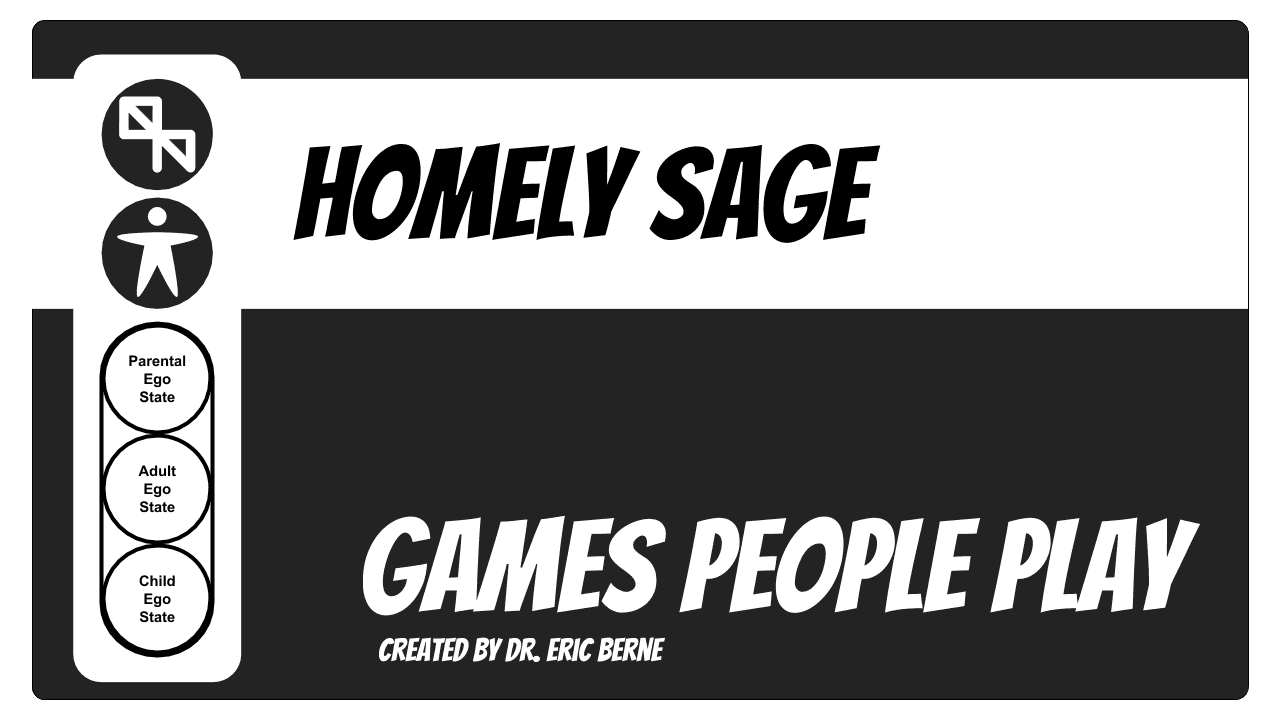 This is properly a script rather than a game, but it has gamelike aspects. A well-educated and sophisticated man learns as much as he can about all sorts of things besides his own business. When he reaches retirement age, he moves from the big city where he held a responsible position to a small town. There it soon becomes known that people can go to him with their problems of whatever kind, from a knock in the engine to a senile relative, and that he will help them himself if he is competent or else refer them to qualified experts. Thus he soon finds his place in his new environment as a ‘Homely Sage’, making no pretences, but always willing to listen. 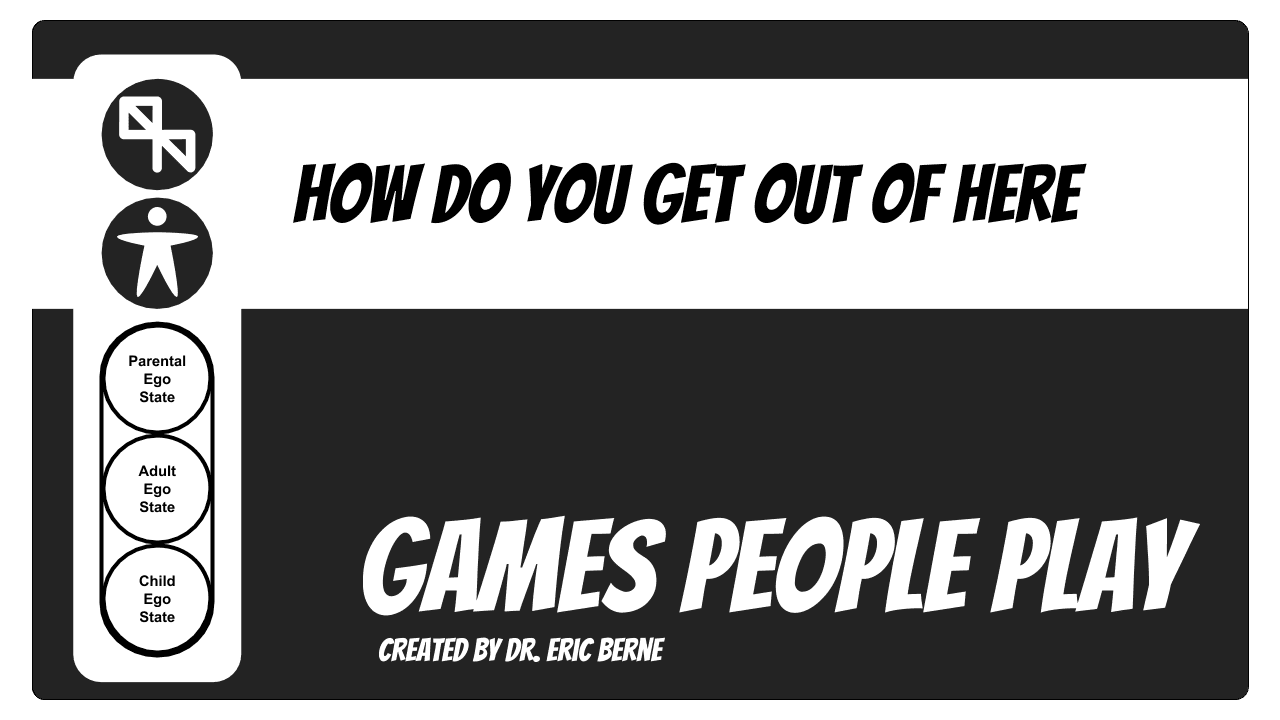 How Do You Get Out Of Here
randomblink
No Comments

The historical evidence is that those prisoners survive best who have their time structured by an activity, pastime or a game. This is apparently well known to political police, who are said to break some prisoners down simply by keeping them inactive and in a state of social deprivation. The favoured activity of solitary prisoners is reading or writing books, and the favoured pastime is escape, some of whose practitioners, such as Casanova and Baron Trenck, have become famous. 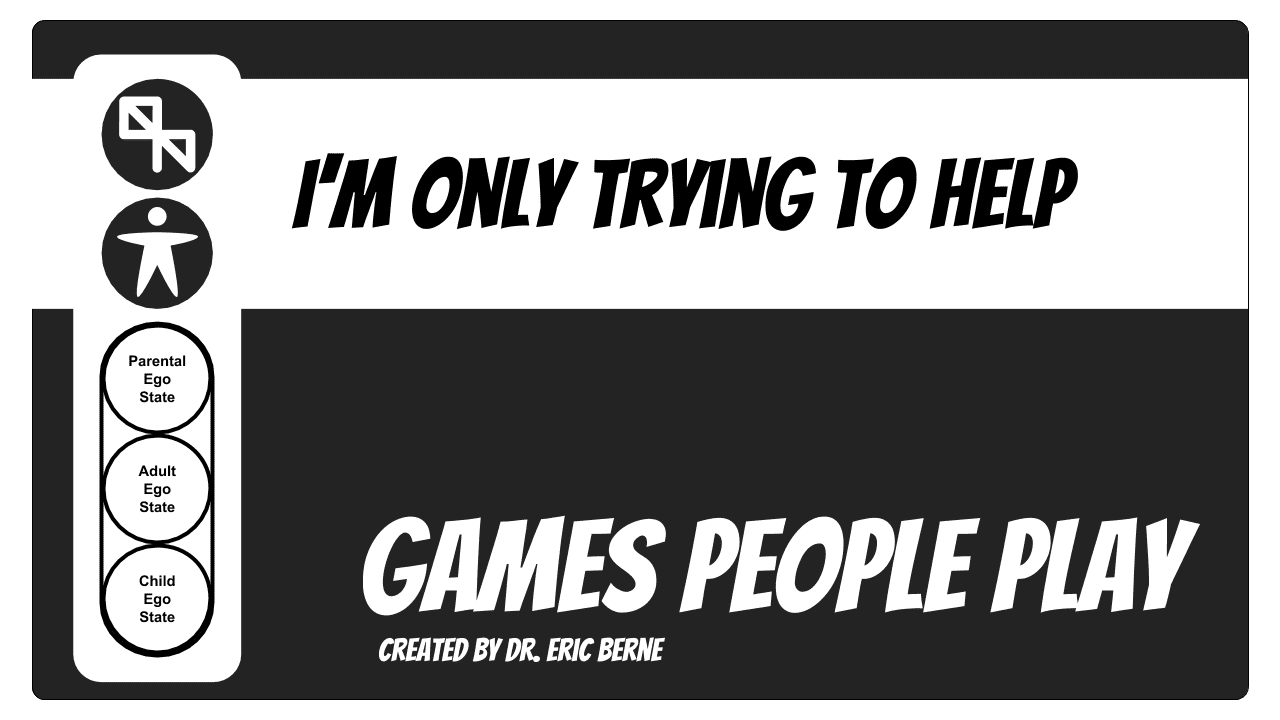 I'm Only Trying to Help You
randomblink
No Comments

This game may be played in any professional situation and is not confined to psychotherapists and welfare workers. However, it is found most commonly and in its most florid form among social workers with a certain type of training. 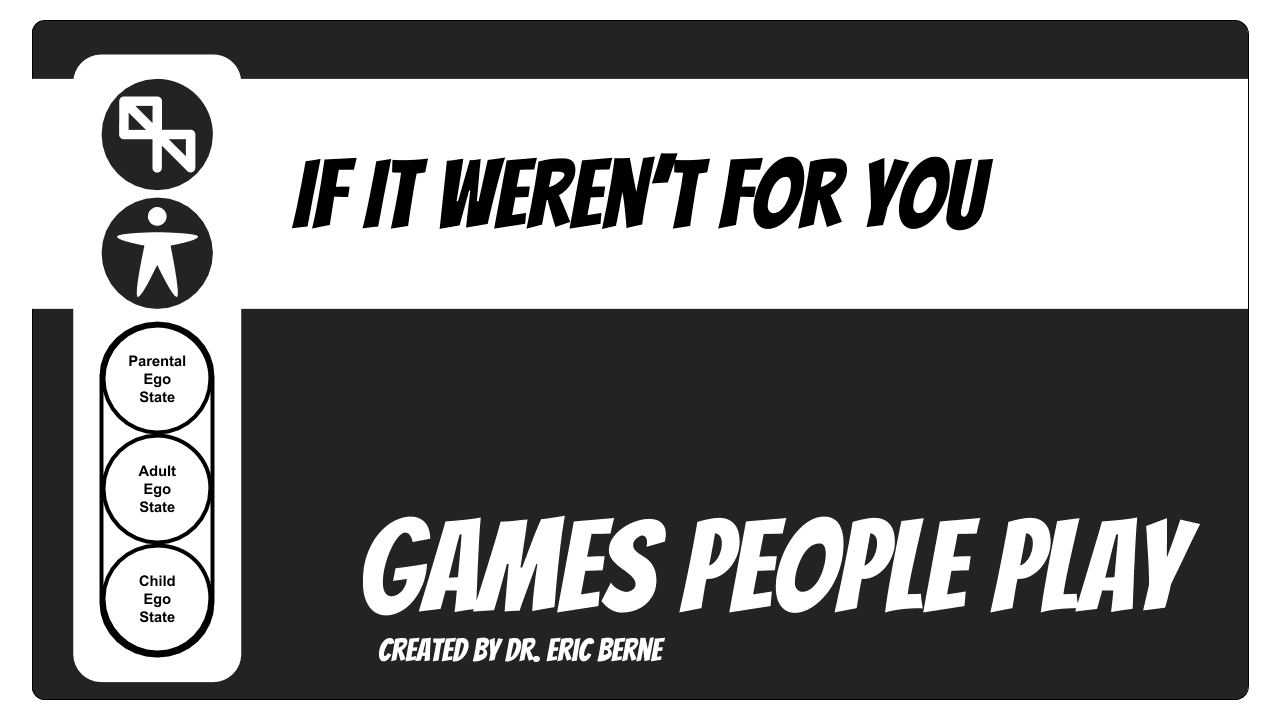 If It Weren't for You
randomblink
No Comments

This game was historically the second game uncovered, after ‘Why Don’t You—Yes But’, which up to that point had been regarded merely as an interesting phenomenon. With the additional discovery of IWFY, it became clear that there must be a whole department of social action based on ulterior transactions. This led to a more active search for such goings-on, and the present collection is one outcome. 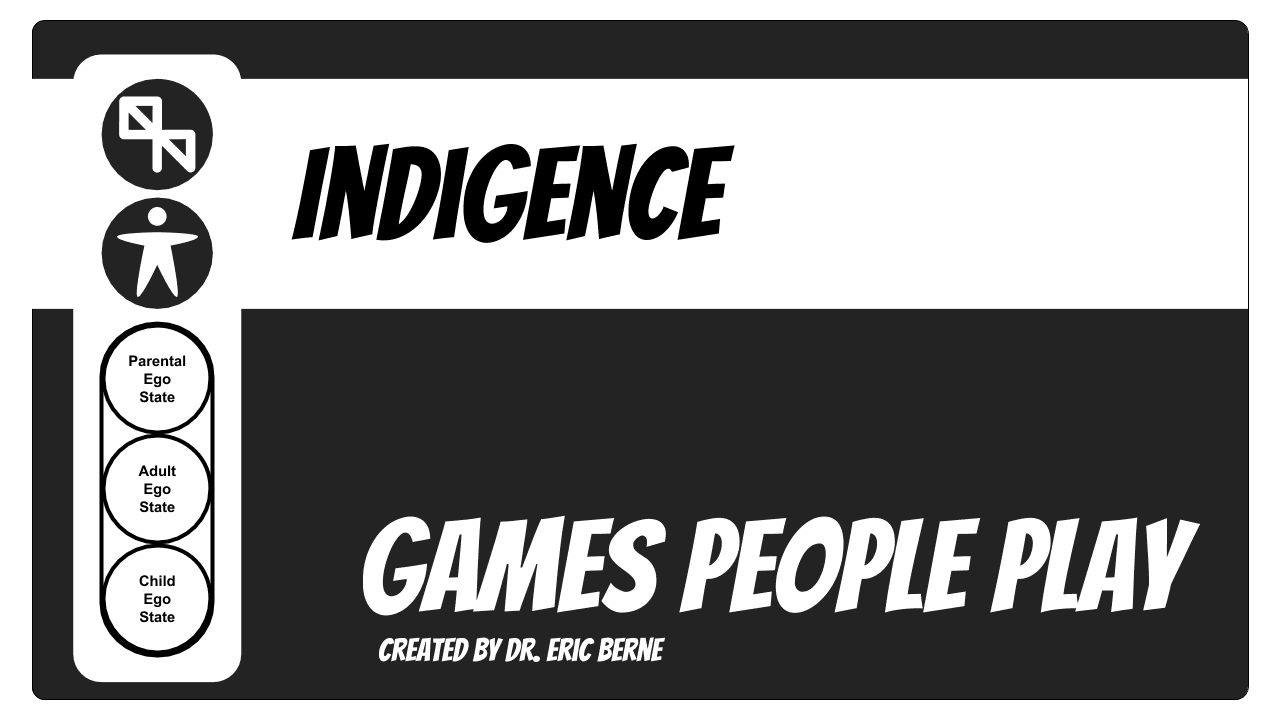 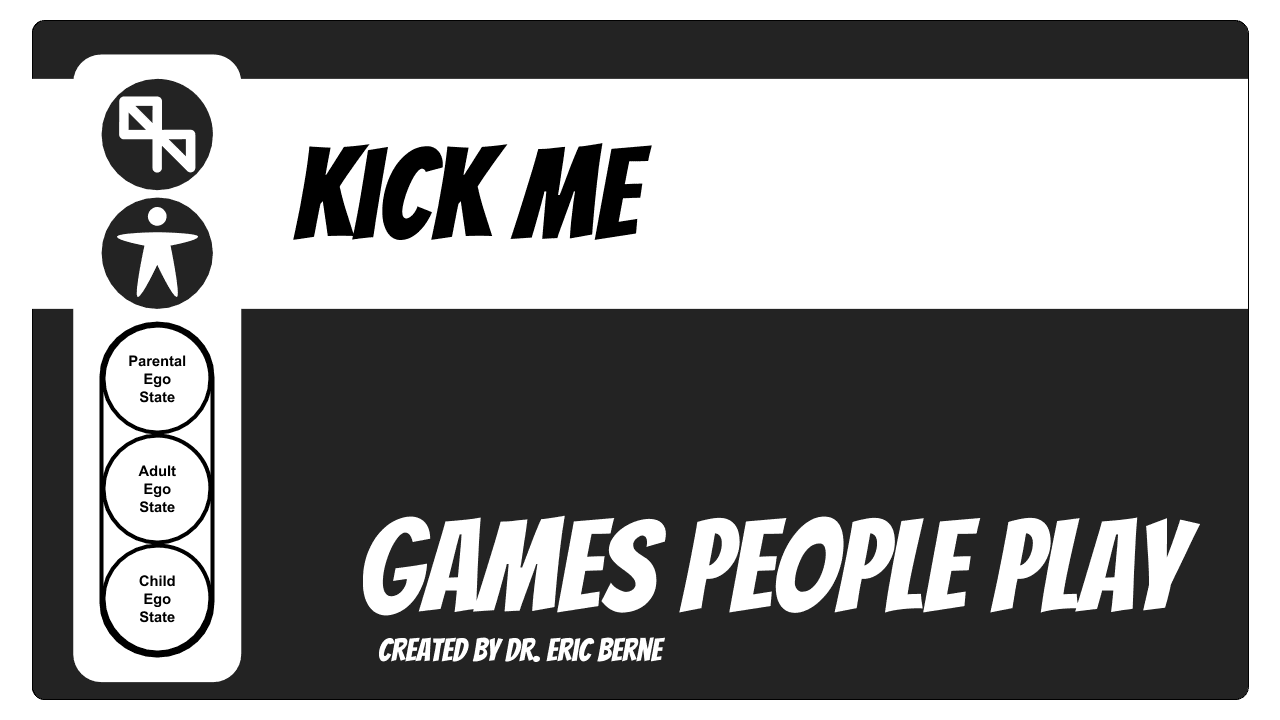 Kick Me
randomblink
No Comments

This is played by men whose social manner is equivalent to wearing a sign that reads ‘Please Don’t Kick Me’. The temptation is almost irresistible, and when the natural result follows, White cries piteously, ‘But the sign says “don’t kick me”.’ Then he adds incredulously, ‘Why does this always happen to me?’ (WAHM). 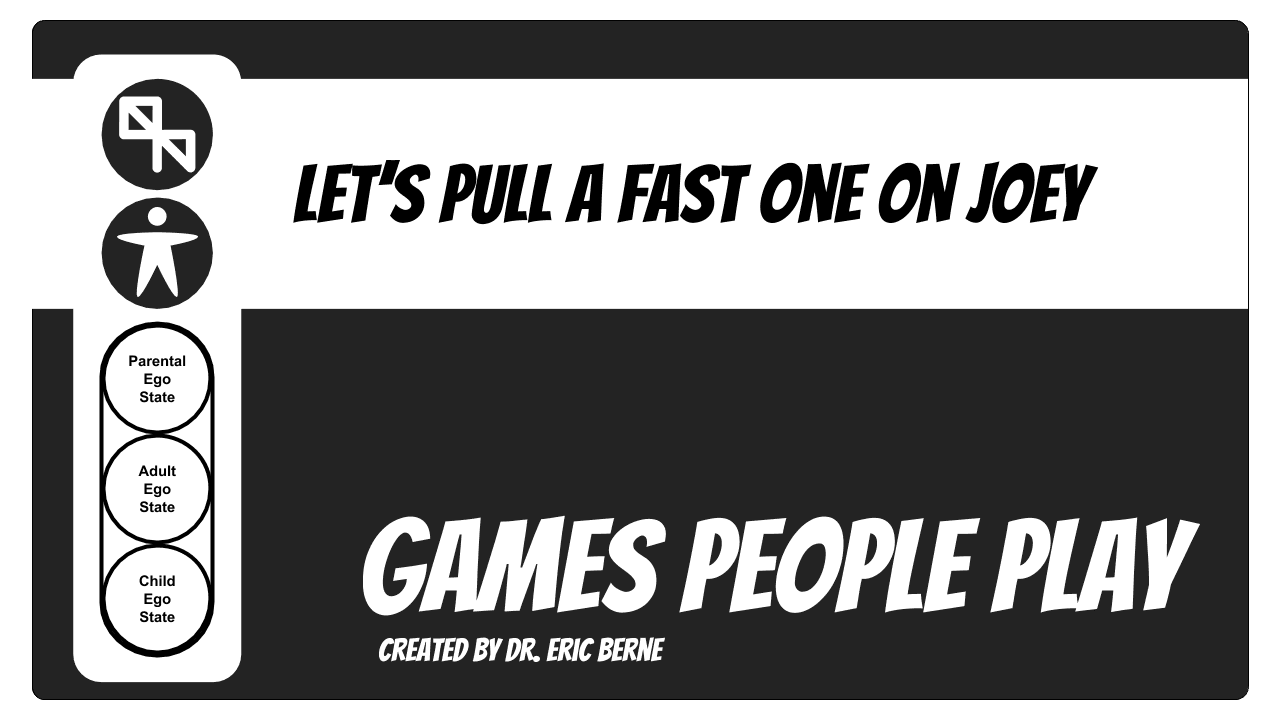 Let's Pull a Fast One on Joey
randomblink
No Comments

The prototype of this game is ‘The Big Store’, the big-time confidence game, but many small grifts and even the badger game are FOOJY. No man can be beaten at FOOJY unless he has larceny in his veins, because the first move is for Black to tell White that dumb-honest-old-Joey is just waiting to be taken.

Read More
« Previous 1 2 3 4 Next »
*
The Social Rituals are taken from the book 'Games People Play' written by Dr. Eric Berne. They are the foundation for the Transactional Analysis in Psychotherapy school of Psychiatry Dr. Berne pioneered.