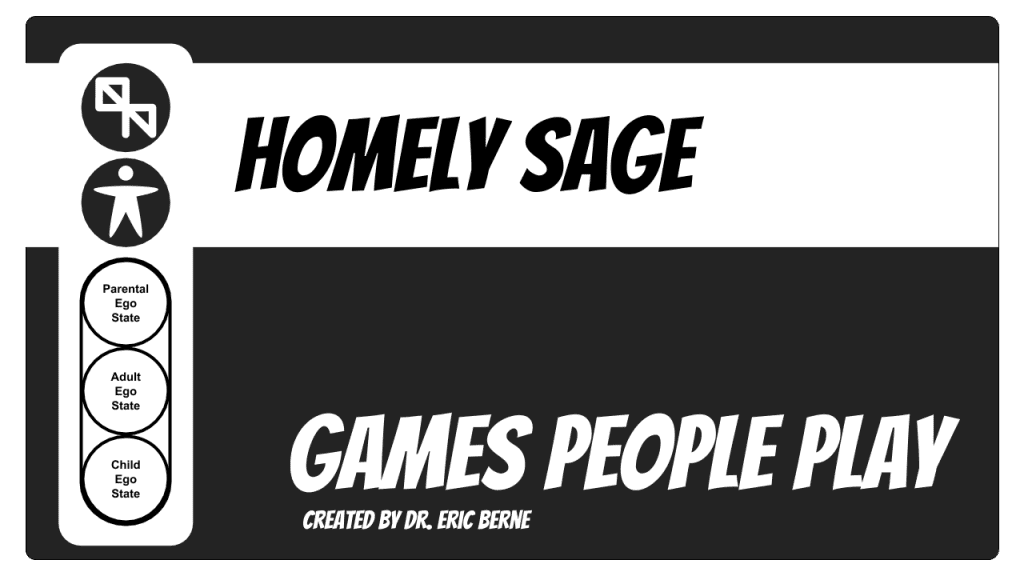 This is properly a script rather than a game, but it has gamelike aspects. A well-educated and sophisticated man learns as much as he can about all sorts of things besides his own business. When he reaches retirement age, he moves from the big city where he held a responsible position to a small town. There it soon becomes known that people can go to him with their problems of whatever kind, from a knock in the engine to a senile relative, and that he will help them himself if he is competent or else refer them to qualified experts. Thus he soon finds his place in his new environment as a ‘Homely Sage’, making no pretences, but always willing to listen. In its best form it is played by people who have taken the trouble to go to a psychiatrist to examine their motives, and to learn what errors to avoid before setting themselves up in this role.