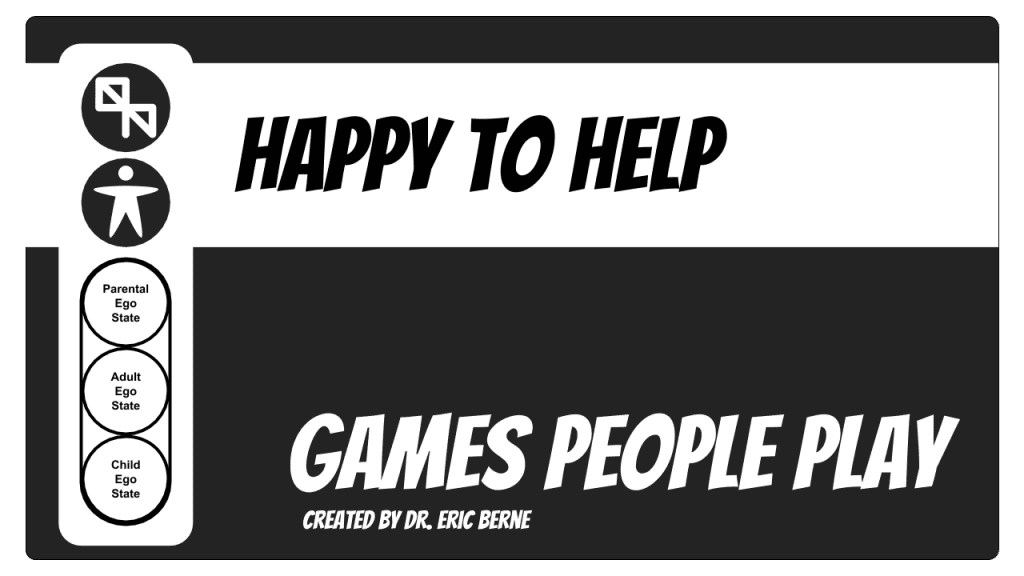 White is consistently helpful to other people, with some ulterior motive. He may be doing penance for past wickedness, covering up for present wickedness, making friends in order to exploit them later or seeking prestige. But whoever questions his motives must also give him credit for his actions. After all, people can cover up for past wickedness by becoming more wicked, exploit people by fear rather than generosity and seek prestige for evil ways instead of good ones. Some philanthropists are more interested in competition than in benevolence: ‘I gave more money (works of art, acres of land) than you did.’ Again, if their motives are questioned, they must nevertheless be given credit for competing in a constructive way, since there are so many people who compete destructively. Most people (or peoples) who play ‘Happy to Help’ have both friends and enemies, both perhaps justified in their feelings. Their enemies attack their motives and minimize their actions, while their friends are grateful for their actions and minimize their motives. Therefore so-called ‘objective’ discussions of this game are practically nonexistent. People who claim to be neutral soon show which side they are neutral on.

This game, as an exploitative manoeuvre, is the basis for a large proportion of ‘public relations’ in America. But the customers are glad to become involved, and it is perhaps the most pleasant and constructive of the commercial games. In another connection, one of its most reprehensible forms is a three-handed family game in which the mother and father compete for the affection of their offspring. But even here, it should be noted, the choice of ‘Happy to Help’ removes some of the discredit, since there are so many unpleasant ways of competing available—for example, ‘Mummy is sicker than daddy,’ or ‘Why do you love him more than you love me?’