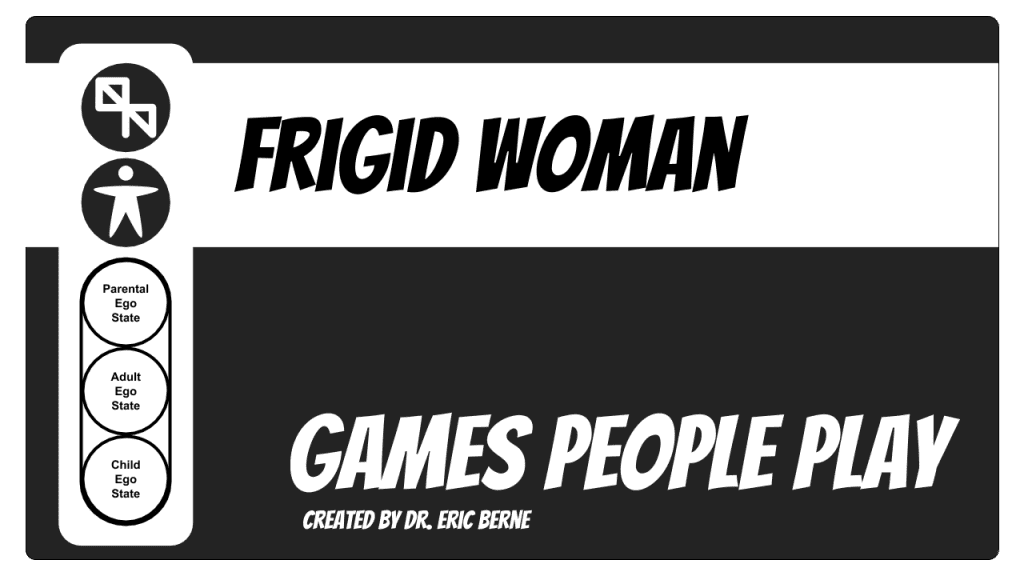 This is almost always a marital game, since it is hardly conceivable that an informal liaison would present the required opportunities and privileges over a sufficient length of time, or that such a liaison would be maintained in the face of it.

The husband makes advances to his wife and is repulsed. After repeated attempts, he is told that all men are beasts, he doesn’t really love her, or doesn’t love her for herself, that all he is interested in is sex. He desists for a time, then tries again with the same result. Eventually he resigns himself and makes no further advances. As the weeks or months pass, the wife becomes increasingly informal and sometimes forgetful. She walks through the bedroom half dressed or forgets her clean towel when she takes a bath so that he has to bring it to her. If she plays a hard game or drinks heavily, she may become flirtatious with other men at parties. At length he responds to those provocations and tries again. Once more he is repulsed, and a game of ‘Uproar’ ensues involving their recent behaviour, other couples, their in-laws, their finances and their failures, terminated by a slamming door.

This time the husband makes up his mind that he is really through, that they will find a sexless modus vivendi. Months pass. He declines the negligee parade and the forgotten towel manoeuvre. The wife becomes more provocatively informal and more provocatively forgetful, but he still resists. Then one evening she actually approaches him and kisses him. At first he doesn’t respond, remembering his resolution, but soon nature begins to take its course after the long famine, and now he thinks he surely has it made. His first tentative advances are not repulsed. He becomes bolder and bolder. Just at the critical point, the wife steps back and cries: ‘See, what did I tell you! All men are beasts, all I wanted was affection, but all you are interested in is sex!’ The ensuing game of ‘Uproar’ at this point may skip the preliminary phases of their recent behaviour and their in-laws, and go right to the financial problem.

It should be noted that in spite of his protestations, the husband is usually just as afraid of sexual intimacy as his wife is, and had carefully chosen his mate to minimize the danger of overtaxing his disturbed potency, which he can now blame on her.

In its everyday form this game is played by unmarried ladies of various ages, which soon earns them a common slang epithet. With them it often merges into the game of indignation, or ‘Rapo’.

The converse game, ‘Frigid Man’, is less common, but it takes much the same general course with some variations in detail. The final outcome depends upon the scripts of the parties involved.

The crucial point of ‘Frigid Woman’ is the terminal phase of ‘Uproar’. Once this has run its course, sexual intimacy is out of the question, since both parties derive a perverse satisfaction from ‘Uproar’ and have no need of further sexual excitement from each other. Hence the most important item in anti- ‘Frigid Woman’ is to decline ‘Uproar’. This leaves the wife in a state of sexual dissatisfaction which may be so acute that she will become more compliant. The use made of ‘Uproar’ distinguishes ‘Frigid Woman’ from ‘Beat Me Daddy’, where ‘Uproar’ is part of the foreplay; in ‘Frigid Woman’, ‘Uproar’ substitutes for the sex act itself. Thus in ‘Beat Me Daddy’, ‘Uproar’ is a condition of the sexual act, a kind of fetish which increases the excitement, while in ‘Frigid Woman’, once ‘Uproar’ has taken place, the episode is finished.

An early analogue of ‘Frigid Woman’ is played by that type of prissy little girl described by Dickens in Great Expectations. She comes out in her starched dress and asks the little boy to make her a mud pie. Then she sneers at his dirty hands and clothing and tells him how clean she is.

This is a dangerous game, and the possible antitheses are equally dangerous. Taking a mistress is a gamble. In the face of such stimulating competition, the wife may give up the game and try to initiate a normal married life, perhaps too late, On the other hand, she may use the affair, often with the help of a lawyer, as ammunition against the husband in a game of ‘Now I’ve Got You, You Son of a Bitch’. The outcome is equally unpredictable if the husband undertakes psychotherapy and she does not. The wife’s game may collapse as the husband grows stronger, leading to healthier adjustment; but if she is a hard player, improvement on his part may result in divorce. The best solution, if available, is for both parties to go into a transactional marital group, where the underlying advantages of the game and the basic sexual pathology can be laid bare. With this preparation both spouses may become interested in intensive individual psychotherapy. That may result in a psychological remarriage. If not, at least each of the parties may make a more sensible readjustment to the situation than they might have otherwise.

The decent antithesis for the everyday form is to find another social companion. Some of the shrewder or more brutal antitheses are corrupt and even criminal.

Child: ‘See if you can seduce me.’

Child: ‘See, it was you who started it.’

Parent: ‘I give you permission to make me a mud pie (kiss me).’

Parent: ‘Now see how dirty you are.’