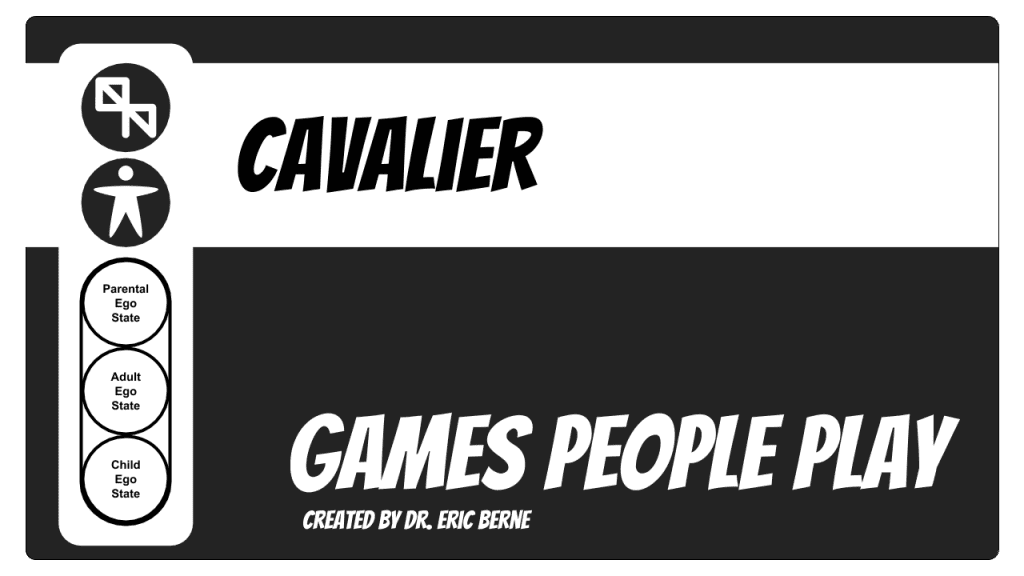 This is a game played by men who are not under sexual pressure—occasionally by younger men who have a satisfactory marriage or liaison, more often by older men who are gracefully resigned to monogamy or celibacy. Upon encountering a suitable female subject, White takes every opportunity to remark upon her good qualities, never transgressing the limits appropriate to her station in life, the immediate social situation and the requirements of good taste. But within those limits he allows full play to his creativity, enthusiasm and originality. The object is not to seduce but to exhibit his virtuosity in the art of effective compliment. The internal social advantage lies in the pleasure given to the woman by this innocent artistry, and by her responsive appreciation of White’s skill. In suitable cases, where both are aware of the nature of the game, it may be stretched with increasing delight on both sides, to the point of extravagance. A man of the world, of course, will know when to stop, and will not continue beyond the point at which he ceases to amuse (out of consideration for her) or where the quality of his offerings begins to deteriorate (out of consideration for his own pride of craftsmanship). ‘Cavalier’ is played for its external social advantages in the case of poets, who are as much, or more, interested in the appreciation of qualified critics and the public at large as they are in the response of the lady who inspired them.

The Europeans in romance, and the British in poetry, seem always to have been more adept at this game than the Americans. In our country it has fallen largely into the hands of the Fruit Stand school of poetry: your eyes are like avocados, your lips like cucumbers, etc. ‘Cavalier’, Fruit Stand Type, can hardly compare in elegance with the productions of Herrick and Lovelace, or even with the cynical but imaginative works of Rochester, Roscommon and Dorset.

‘Cavalier’ being a game, it must be distinguished from the operations and procedures carried on during a straight-forward courtship, which are simple transactions without ulterior motive. The female counterpart of ‘Cavalier’ may be conveniently called ‘Blarney’, since it is often played by gallant Irish ladies in their sunset years.

It takes some sophistication for the woman to play her part well, and a great deal of sulkiness or stupidity for her to refuse to play it at all. The proper complement is a variant of ‘Gee You’re Wonderful Mr Murgatroyd’ (GYWM): namely, ‘I Admire Your Productions, Mr M’. If the woman is mechanical or unperceptive, she may respond with plain GYWM, but that misses the point: what White is offering for appreciation is not himself, but his poetry. The brutal antithesis from a sulky woman is to play Second-Degree ‘Rapo’ (‘Buzz Off, Buster’). Third-Degree ‘Rapo’, which could conceivably occur, would of course be an unspeakably vile response under the circumstances. If the woman is merely stupid, she will play First-Degree ‘Rapo’, taking the compliments to feed her vanity and neglecting to appreciate White’s creative efforts and abilities. In general, the game is spoiled if the woman treats it as an attempt at seduction rather than as a literary exhibition.

Child (male): ‘See what phrases I can create.’